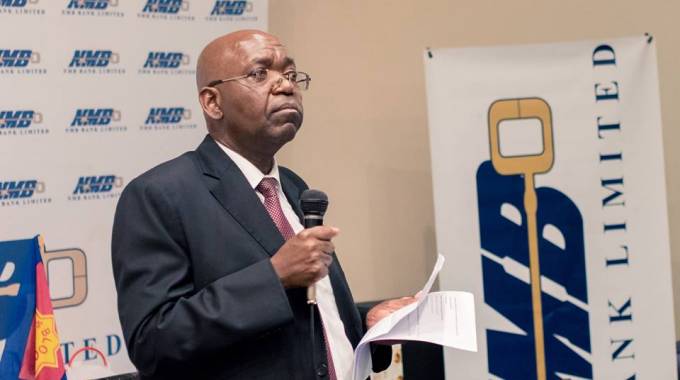 NMB Bank Limited chief executive officer Benefit Washaya will step down from the position at the end of this month, after spending a solid 43 years’ service in the country’s banking sector.

In an update, the bank’s chairman, Benedict Chikwanha, advised its shareholders and stakeholders that Washaya will be retiring from the Bank at the end of this year.

“Benefit has been in the banking industry for 43 years having started his banking career with Barclays Bank. There, he rose through the ranks to the position of Business Center Director. He joined NMB Bank in 1997 as Divisional Director Risk. He briefly left NMB Bank and he was CEO of MetBank in 2004. He later re-joined NMB Bank in 2008 as CEO, a position he held for the past 14 years,” Chikwanha said.

He said throughout his tenure as CEO, Washaya exhibited commitment to serving the best long-term interests of the Bank and left a more agile and resilient Bank.

“On behalf of the Board, Management and Staff, we take this opportunity to thank him and to express our sincere gratitude for his immense contribution to the success of the Bank and wish him all the best on his retirement,” said Chikwanha.

Meanwhile, the Board of Directors of NMB Bank Limited took the opportunity to announce the appointment of Gerald Gore who will assume the role of CEO.

He served as the Deputy CEO since September 2019 as well as Chief Operating Officer since 2015 supporting the CEO in strategy execution and responsible for the Bank’s digital transformation. He also served as Chief Risk Officer.

“Prior to joining NMB in 2008, he worked for several financial institutions in corporate banking, treasury and risk management. He holds a Masters in Business Leadership (MBL) from Unisa, MSc in Finance and Investments from the same university, BComm Banking from NUST and an Executive Development Program from Wits Business School,” the board said.

He is also an Alumnus of the USA International Leadership Development.