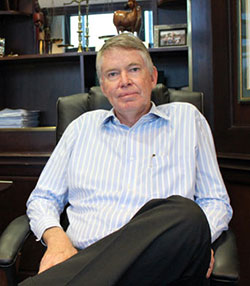 THE Central African Building Society (Cabs) has suspended disbursements from its $10 million Youth Fund after defaults rose to 78 percent in June, Parliament heard on Thursday.
The fund was established two years ago after Old Mutual Zimbabwe Limited (OMZL) donated 2,5 percent of its issued share capital – equivalent to $10 million  – to a trust aimed at empowering youths.
Cabs, using the shares from the trust as security loaned almost half of the fund to 3,608 youths out of the 22,000 applications.
“About 78 percent of the loans are non-performing,” Cabs managing director, Kevin Terry told the youth, indigenisation parliamentary committee.
He said of the $4,9 million that had been disbursed, arrears amounted to $4,2 million.
Terry said the trustees, who also include youth ministry officials were not happy with the high rate of defaults.
“The trustees are looking at how the fund is working and its clearly not working that well. As a whole its performance is not ideal and so the trustees have undertaken to do a review of the strategy of the fund,” he said.
Terry said disbursements of the loans had been suspended since end of May at the behest of the trust which is now seeking new strategies to deal with the high rate of default.
“The trustees have asked us to suspend giving out more loans until they have looked at whether this is an appropriate mechanism,” he said.
He said there was need for capacity building for the youths to enable them to handle the funds properly.
Earlier, CBZ banks officials, whose bank also administers youth funds appeared before the same committee and complained of non-performing loans.
Since 2009, the group chief executive, Never Nyemudzo said the bank had disbursed $2,3 million under the Special Fund and the Ordinary Fund.
“The performance has generally been very good with a default rate of close to 45 percent,” he said.
The bank’s managing director, Peter Zimunya however said a 45 percent default ratio was “very bad” compared to a normal level of five percent but since it was empowering youth, it would not be regarded as bad.
He said most defaults were in the manufacturing, poultry and cross border sectors and attributed them to poor management and general unwillingness to pay back the loans.Advertisement

He said under the Special Fund, the youth ministry took 100 percent credit risk while under the Ordinary Fund, it was 80 percent with remaining 20 percent is in the bank. The ministry initially injected $550,000 which had since grown to $1,8 million.
Of the total under the Special Fund $945,000 has been disbursed with a balance of $1,4 million outstanding  while under the Ordinary Fund, $1,3 million had been disbursement with an outstanding balance of  $1 million.