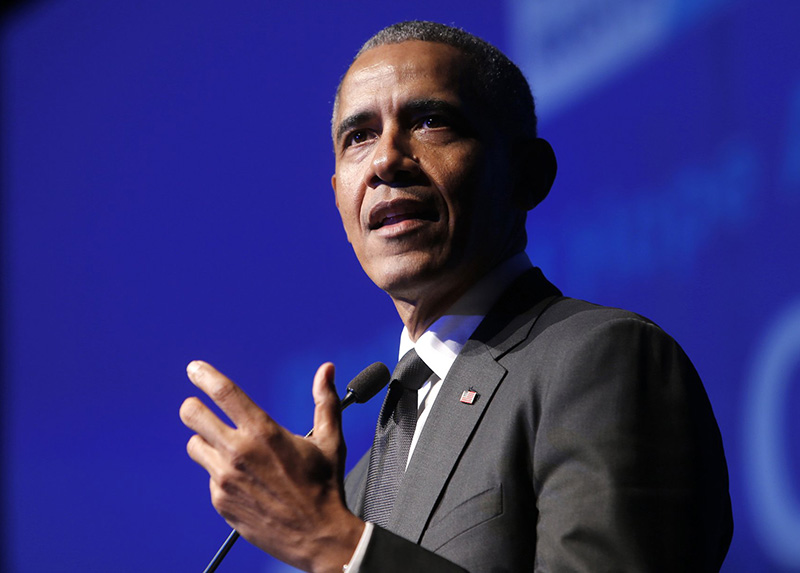 “I’m not sure if you’ve heard, but I’ve been on this hope kick for a while now. Even ran a couple of campaigns on it. Thank you for officially validating my hope credentials,” Obama said during his remarks.

“If we summon our best selves, we can inspire others to do the same. It’s easy to succumb to cynicism, the notion that hope is a fool’s game,” Obama said.

“When our leaders are content on making up whatever facts they want, a lot of people have begun to doubt the notion of common ground,” Obama said. “Bobby Kennedy’s life reminds us to reject such cynicism.”

This year also marks the 50 anniversary of Robert F. Kennedy’s campaign for the White House.