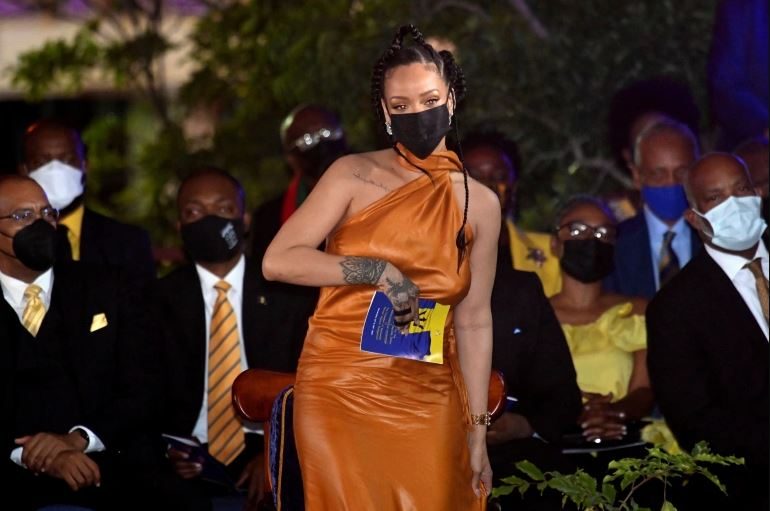 Barbados removed Queen Elizabeth as its head of state and held a ceremony to mark the historical political transition.

At the ceremony the Barbadian singer and businesswoman was awarded the status by the Prime Minister, Mia Mottley at the capital, Bridgetown.

She said: “”On behalf of a grateful nation, but an even prouder people, we therefore present to you the designee for national hero for Barbados, ambassador Robyn Rihanna Fenty.

In reference to to her hit song, Diamonds she added: “May you continue to shine like a diamond and bring honour to your nation by your works, by your actions.”

Rihanna was born in Saint Micheal and grew up in Bridgetown before moving to USA  as a teenager to pursue her music career.

She has been the island nation’s ambassador for Culture and Youth since 2018.