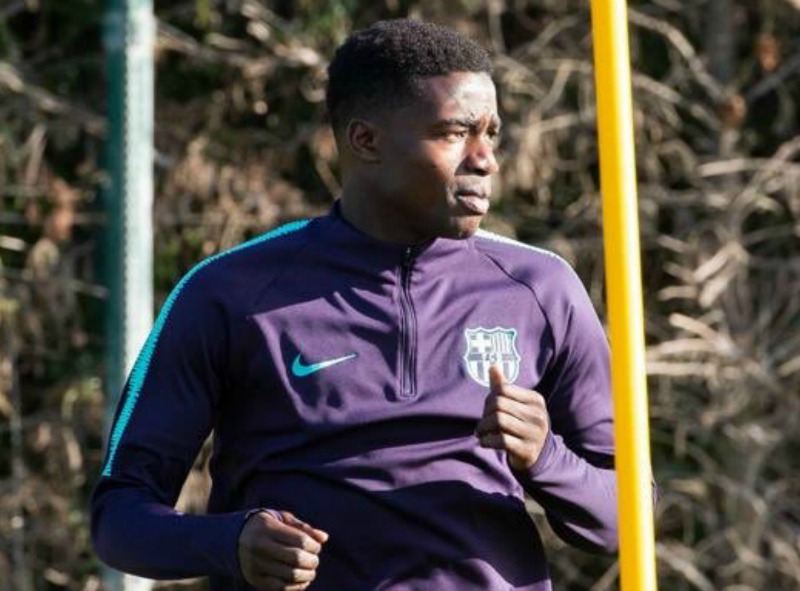 Barcelona B defender Moussa Wague has been handed a four-game by the Spanish Football Federation as punishment for his actions in Sunday’s Segunda B game.

Wague was shown a straight red card in Barca B’s 1-0 loss to SD Ejea after hitting a fan in the face in the 81st minute.

After the encounter, the 20-year-old took to social media to apologise for his actions and cited ‘numerous and repeated insults and racist chants’ for reasons behind his action.

The competition committee of the Spanish Football Federation [RFEF] has punished Wague for violating article 100 of its disciplinary code which has a suspension of four to 10 games for those “whose conduct is contrary to good sportsmanship when it is qualified as serious”.

Wague who joined Barcelona from AS Eupen last year is yet to make his debut for Ernesto Valverde’s team but has played 11 matches for the B team so far with a goal to his name.