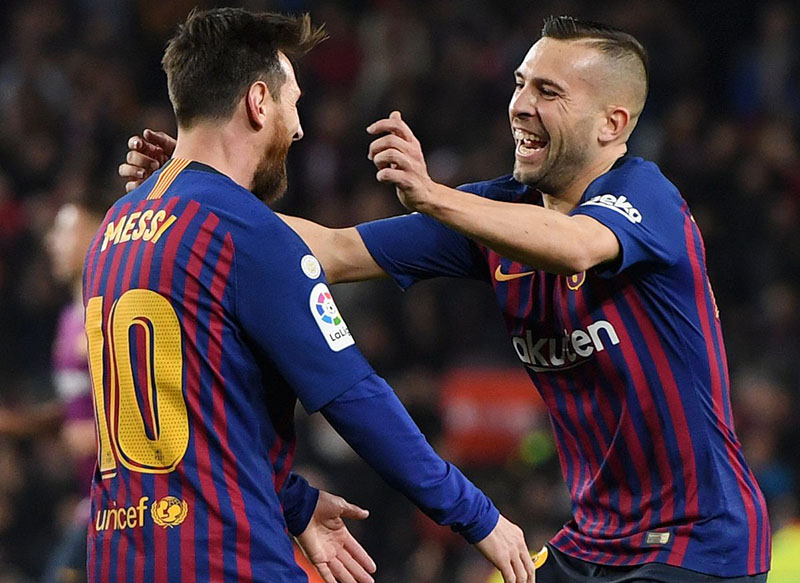 Barcelona face being thrown out of the Copa del Rey after Levante’s president confirmed they will complain the Catalan club fielded an ineligible player in the first leg of their last 16 tie.

Levante won the opening match 2-1 last week and believe Barca defender Juan Brandariz “Chumi” played illegally as he should have been serving a suspension.

“Whatever happens on the field of play today, Levante are going to take this situation to the Federation tomorrow,” Levante president Francisco Javier Catalan said, shortly before the second leg at the Camp Nou on Thursday.

“We feel that there is a solid enough precedent to back up the club’s decision to do so.”

Chumi was given a ban after receiving a yellow card while playing for Barcelona’s B team in the Segunda B division.

Barcelona insist a change in the rules, made in November, means the suspension does not carry over into the Copa del Rey.

A source at Barcelona had told AFP Sport earlier on Thursday: “There has been no improper conduct nor a complaint from either Levante or the RFEF.”

Real Madrid were disqualified from the Copa del Rey in 2015 for fielding Denis Cheryshev, despite the player being suspended.

Cheryshev had received three yellow cards while playing for Villarreal in the competition in the previous season.