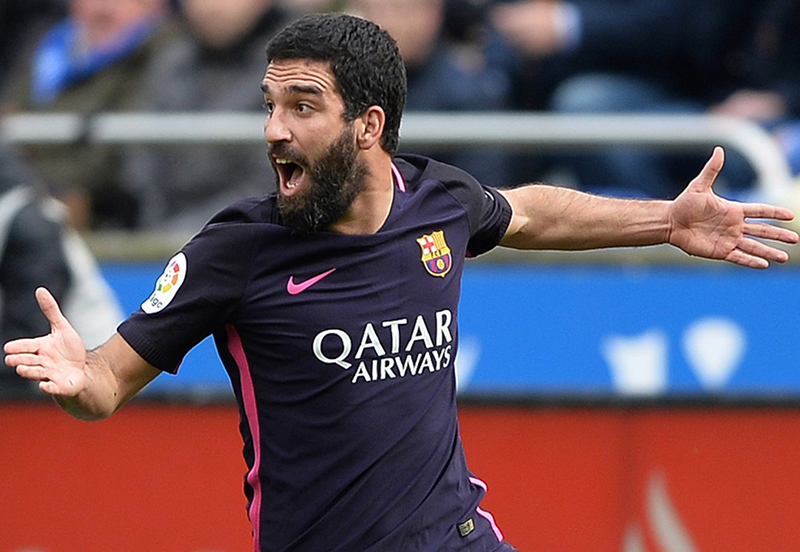 Turkish prosecutors on Monday charged Barcelona player Arda Turan over a brawl with a prominent singer, asking for the footballer to be sentenced to twelve-and-a-half years in jail.

The prosecutors charged Turan, who is currently on loan to Istanbul club Basaksehir, with sexual harassment, unlicensed possession of weapons and causing intentional injury over the fight with singer Berkay Sahin, the state-run Anadolu news agency said.

Sahin, who performs under his first name Berkay, was also charged, with prosecutors demanding up to two years in jail.

Turan, 31, had last week been summoned to an Istanbul police station to give a statement about the incident but was allowed to walk free.

The incident, which took place outside an Istanbul nightclub and reportedly left Sahin with a broken nose, has transfixed Turkey over the last days.

According to his statement to police, Turan said after the fight he went to the hospital where Berkay was being held, clutching a gun and asking to be shot if the singer believed it was true he harassed his wife.

He claimed to Berkay that he did not know that Ozlem was his wife.

Turan said the gun then went off when he took it back, according to the statement cited in Turkish media.

Video then emerged in Turkish media of the incident which shows a gun being flung onto the sofa at the hospital.

Former Turkish international Burak Yilmaz, who currently plays for Trabzonspor, was with Turan at the nightclub and is listed as a witness.

In a statement on his widely-followed Instagram account, Turan described some media reports about the incident as a “lie” and also an affront to his wife, who is eight-and-a-half months pregnant.

Turan admitted he had reacted “disproportionately” and said “the only thing I care about is my wife Aslihan”, admitting regretting leaving her at home to go to a nightclub just before she was due to give birth.

The attacking midfielder, who won 100 caps for the national side, has for years been Turkey’s best known footballer and is a strong supporter of President Recep Tayyip Erdogan.

He backed Erdogan strongly after the failed July 2016 coup, appearing at rallies outside his home, and the Turkish president even came as a witness to Turan’s marriage.

Turan is notorious for poor behaviour both on and off the field.

He was banned for a record 16 games by the Turkish football authorities in May after he shoved and verbally abused a referee in a game for Basaksehir.

In June 2017, Turan was thrown out of a training camp by former coach Fatih Terim following a fracas with a reporter on a plane.

Ironically, weeks later Terim himself resigned after himself becoming involved in a fight at a kebab restaurant.

Turan joined Basaksehir last season on loan from Barcelona, where he had largely endured an unhappy spell on the bench after joining from Atletico Madrid.

Pundits say he has been on the decline ever since leaving Atletico.