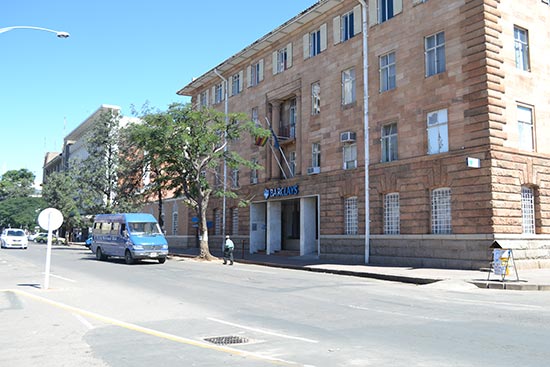 A FIRST glance at valuation multiples of CBZ and Barclays suggests two companies from starkly different sectors. Barclays would be your ‘tech start-up’ pumped up with optimistic growth projections and CBZ, a dull textile company.
This analogy is fitting because Barclays currently trades at a staggering Price earnings (PE) value of 25 and a Price to book (PB) of 1.7x. CBZ, on the other hand, trades at an unbelievably tiny PE value of 2 and book value is at a premium to Price: 0.4x. These valuations are hardly transitory. CBZ has been trading in a single digit price earnings for three years while Barclays’ PE valuation has been in the double digit range for years. How is it possible that two companies in the same sector and environment have vastly different P/E values?
The price-to-earnings ratio is the ratio of market price per share to trailing financial year’s earnings per share for a listed company. Simply, the PE value is the number of years that earnings would take to pay for the price of a company. For CBZ – two years of earnings will buy the entire bank.
Generally, a company with a high PE would be deemed a high growth stock. But if PE value is high and growth prospects are lukewarm most investors would judge the company as relatively expensive. PE ratio is not particularly relevant as a standalone figure, but is useful for comparing companies in the same industry, and for determining possible price entry and exit points for stocks.
In the financial services industry, the market is not only capitalizing growth to come up with bank P/Es. Generally, research indicates four key drivers that determine a bank’s P/E value. These drivers include: growth prospects; financial risk, business risk and return on capital. To test if the market is being rational in placing Barclays and CBZ’s valuations at polar positions, we assess these drivers.
Growth prospects
A loan-to-deposit rate of 47% for Barclays Bank compared to CBZ’s 71% demonstrates the latter’s aggressive lending policy.  Not surprisingly, 63% of CBZ’s income comes from spinning loans. Only 37% is from non-funded income. This is despite CBZ running two insurance units and an asset management company.
Barclays has an almost opposite strategy. Income from interest on loans was only 31% against CBZ’s 63%. The balance, 69%, was generated from non-funding sources including Barclays App, Hello Money, Cash Send and POS.  But these services are certainly not among the most profitable products a bank can offer.  CBZ’s 2013 net profit margin was 24% against Barclays’ 8%.Advertisement

Considering that CBZ’s impressive margins were attained in a year that the other three subsidiaries, life, insurance and asset management all encountered losses suggests that the lending business was working overtime.
In the last two years, Barclays has been registering growth in its earnings. 2013 earnings jumped 38% to $2.9 million from $2.1 million in 2012.  In the same period CBZ’s earnings stumbled by 17% from a high of $45 million in 2012 to US$37 million in 2013. Half year results of 2013 and 2014 endorse this trend with Barclays growing by more than 100% from $0.8 million June 2013 to $1.7 million June 2014. CBZ’s earnings declined by 19% to $12.8 million from $15.9 million in the same period. However in absolute terms CBZ’s net profits of US$ 36.7 mill are ten more than times bigger than Barclays’s $2.9 million.
Assuming CBZ’s earnings continue to contract by 19% and Barclays’ earnings continue to grow at 38% (quite unrealistic though), it will take  five years for the two banks to produce almost the same size of earnings.
To test if either of the banks is guilty of artificially jerking up earnings without realizing cash, we compare ratio of earnings to operational cash flows of the two banks. With operational cash flow of 6.14 cents and earnings of 9.4 cents and CBZ has a ratio of 0.65. For every dollar of earnings you are producing 65 cents of cash flow. On the other hand, Barclays’ operational cash flows of 0.14 are compared to earnings of 0.3 cents resulting in a ratio of 0.47.  For every dollar of earnings you are producing 47 cents of cash flows.  These results suggest the unthinkable. CBZ is more efficient at producing cash flows than Barclays.
It is a difficult call – while Barclays’ earnings growth rate is impressive, absolute earnings are still very tiny, even relative to total earnings. On the other hand, CBZ’s quantum earnings are dented by slowing growth.
Return on capital
CBZ’s current Return on Equity of 18% is more than double that of Barclays’ at 8.5%.  Even a return on assets for CBZ is greater than Barclays’. CBZ is 2.34% against 1.22% for Barclays. Based on these figures, CBZ is returning more earnings per unit of capital or assets invested. Looking at the absolute figures alone, CBZ thumps Barclays.
While trailing figures are suggesting CBZ is a more profitable bank, the trend is suggesting otherwise.  From 2009, CBZ’s return on equity has been declining from 26% to 18% in 2013.Likewise return on assets declined from 3.6% to 2.3% in the same period. Interestingly Barclays’ return on equity and return on assets Increased from 5.7% to 8.5% and from 1.09% to 1.22% respectively – in the same period. The two banks are on opposite trajectories with Barclays on a positive one. Is CBZ’s negative trend so terrible that its PE has to be discounted to trade at 8% of that of Barclays?
Financial risk
Second to growth, financial risk is the most significant driver of a PE value in the financial services industry. A popular measure of financial risk is the ratio of non-performing loans, which is an internally generated ratio based on a bank’s assessment of its exposure to loans likely to turn bad.
Aggressive lending and insufficient risk management are some of the reasons behind rising NPLs. Barclays has a loan loss percentage of 1.8% in contrast to CBZ’s 6.1% as of June 2014. The previous year rates stood at 0.6% and 4.4%, respectively. Based on the figures, Barclays’ risk management team seem to be doing a good job turning away questionable borrowers. While CBZ has been focusing on growing sectors such as agriculture, its profile of borrowers (SMMEs) may be hurting its loan book – there is a high likelihood of delinquency on fairly recent and small and medium sized farmers compared to companies that have existed for longer periods. The drop in tobacco prices might have worsened matters for CBZ.
Business risk
Next to financial risk is business risk, which refers to macro risks that have impact on companies. Zimbabwe’s indigenization law raises concerns among foreign investors.
Fears of the implications of the law on Barclays Zimbabwe’s ownership and operations stand as a business risk to the Zimbabwean operation. Fortunately for CBZ, which is partly owned by Government, shareholders do not have concerns around ownership risk. Expectedly, due to this business risk, Barclays’ share price would take a discount for this reason.
Bottom line
Based on the above evaluation you would think the two banks are to an extent equally matched and would not be trading at vastly different PE values. Surprisingly they do. We think that the market seems to be applying disproportionate weight on financial risk. The market seems to believe CBZ’s NPLs issue is deeper than reported.
If the market is discounting CBZ based on its NPLs alone, our estimates show that 67% of CBZ’s loan book has to be erased for it to trade at the same price to book levels as Barclays. That will be a staggering write-down.
In conclusion, we believe what we have is a profitable bank selling at a low price and a growing but less profitable bank priced expensively. Stripping away market expectations, CBZ is an undervalued entity compared to Barclays. But in the absence of a catalyst that jolts the market to price CBZ appropriately, the bank’s share price will remain depressed.
However, the newly set up asset manager meant to mop away bad loans will likely be the catalyst that will trigger a jump in CBZ’s share price. Once bad loans have been erased from CBZ’s books the market will set a price for the bank reflecting what it is worth. The question of whether you can benefit from this inconsistency by buying CBZ now will depend on what you think is the real size of CBZ’s dirty linen?
Ray Chipendo is Head of Research in Emergent Research’s Johannesburg office where Simba is a Research Analyst. He can be reached at ray@emergent-research.com andsimba@emergent-research.com