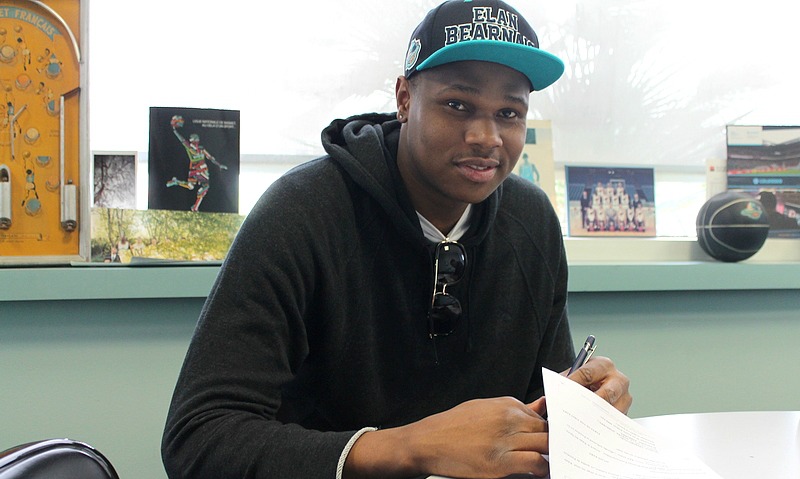 The new deal prolongs the 27-year old Zimbabwean international power forward’s stay in southwestern France up to the end of the of 2022/23 season.

Chikoko’s new deal with Élan Béarnais Pau-Orthez comes after yet another solid season in which averaged 10.6 points and 4.7 rebounds per game in the LNB Pro A, French’s top-tier professional basketball league.

The Glen View-bred star, whose ultimate dream is to play in United States’ lucrative National Basketball Association (NBA), said he was happy to continue his progress in France.

“I love this club and this city, it’s like my home now and I feel very comfortable here,” Chikoko said in a statement on Élan Béarnais Pau-Orthez’s official website.

“I am happy to see that many of us are staying with the club. This is perhaps the most important thing today because it will allow us to have a good chemistry as soon as it is resumed and to integrate new players more easily.”

“We are happy to be able to count on him. Vitalis saw his start to the season thwarted by injury but he was able to finish it very well when he was able to regain his full physical ability.

“He is still another player we are convinced that he is able to become a player with big impact: that’s what is expected of him but it is also what he wants to be,” Vila said.

A domestic league champion with Mbare Heat back in 2011, Chikoko’s breakthrough to European basketball came in 2011 when he was signed by Germany Bundesliga side ASC Göttingen before switching base to fellow German top flight side TBB Trier.

Chikoko also had stints in Italy with Pallacanestro Reggiana and Tenezis Verona in 2015 before returning to Germany a year later after being signed by Bayern Munich where he reached the German Bundesliga semifinals.

Donning the number 23 jersey popularised by legendary Michael Jordan has received regular rave reviews in the French media who believe he is one of the brightest prospects in the league.

Chikoko represented Zimbabwe at the Afrobasket Championships in Tunisia three years ago.