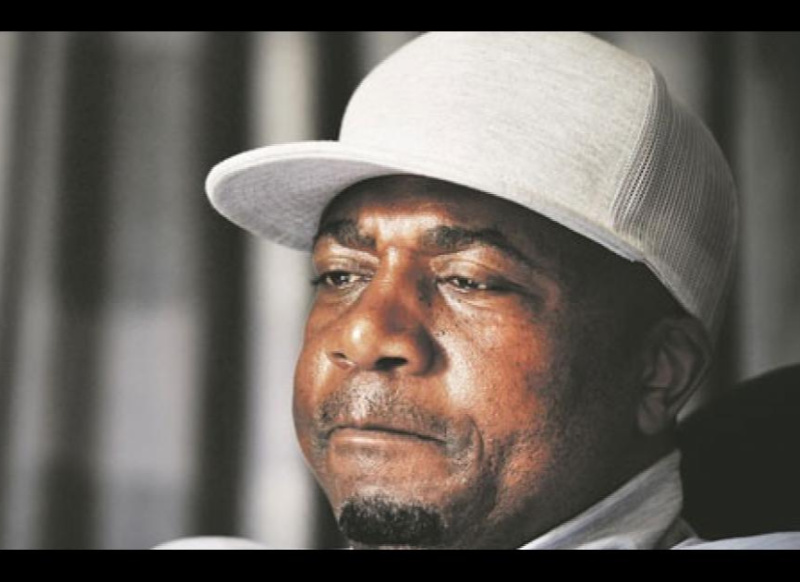 Police are investigating a case of theft against the son of legendary musician and producer Sello Chicco Twala.

The investigation comes after video footage emerged on Friday which purports to show Twala escorting his son, Longwe, to the Diepkloof police station in Soweto.

“It was theft of a cellphone,” she said.

Asked whether the suspect was Longwe, she replied: “I can confirm because he has already appeared in court.”

The NPA could not be reached for comment at the time of publication.

In the first half of the viral video, shared on social media, a visibly angry Twala shouts at his son as he accuses him of theft.

He is also heard saying he wished his son had been nabbed for Senzo Meyiwa’s murder.

“I so wish it was you who killed Senzo Meyiwa so that you can rot in jail,” he said.

“You will never get bail. We will oppose that bail vigorously. You must never get bail,” Twala can be heard saying in another part of the video.

Meyiwa was gunned down in October 2014.

The footballer was in Vosloorus, east of Johannesburg, in the presence of his girlfriend, Kelly Khumalo; her mother, Ntombi; sister Zandi; and Zandi’s then boyfriend, Longwe Twala; as well as his friends Mthokozisi Twala and Tumelo Madlala; and their son, who was four years old at the time. They had alleged Meyiwa was killed in a botched robbery.

Video as posted on FB: Chicco Twala hands over his son to the Diepkloof @SAPoliceService pic.twitter.com/4NomTP03mF

In November, Twala defended his son, saying people need to stop spreading “fake stories” and give authorities space to work as they investigate the killing of the former Orlando Pirates and Bafana Bafana goalkeeper.

“If my son committed murder, I will be the first person to take him to the police. I will never defend my son if he murdered somebody,” Twala said at the time.

In this week’s video, Longwe, who was dressed in a black cap, shakes his head as Twala continues to lambaste him, accusing him of tarnishing his name.

“Bastard, you were even wearing an EFF T-shirt when you were stealing. You want Julius Malema to even harass you,” the disgruntled father says.

In one part of the video, a person is heard asking whether Longwe, who at the time sits uncuffed, won’t run away.

“Where would he run to?” Twala responds to her.

“Put a bullet on him, if he runs away, shoot him because he is under arrest at the moment,” he continues.

“I am his father. I can witness the shooting. The way my heart feels, I don’t care. I would rather bury you. You are better off dead,” he continues.

This is a developing story.