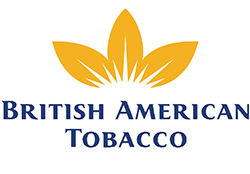 BAT Zimbabwe (BATZ) said Tuesday it has set up a Tobacco Empowerment and Employee Trust and was now working towards the second stage of its indigenisation compliance programme.
Speaking at the company Annual General Meeting on Tuesday, BAT chairperson Kennedy Mandevhani said the group was on course to comply with the company’s indigenisation law.
He added that the next stage of its compliance scheme would see an additional 10 percent of the company being localised..
“We are on course we have set up the trust and are expecting to be fully indigenised soon,” said Mandevhani.
BAT Plc has a 60 percent interest in its Zimbabwe operation which is under pressure to comply with the indigenisation legislation which compels foreign companies to cede 51 percent of their shareholding to locals.
The company said volumes during the first five month of the year declined by 15 percent due to increase in prices after treasury raised excise duty on cigarettes by 50 percent.
However work stoppage at the ethanol plant in Chisumbanje affected the company’s volumes in the eastern highlands.
Said managing director, Lovemore Manatsa said: “Effects of the increase in excise duty and liquidity challenges around the country especially in the eastern highlands affected our volumes,” he said.
“The southern region was also affected. The group’s revenues are however up. We are expecting a good turnover by year end as we are in line with our budget,” he said.
The company said it would continue to promote sales growth across all their products after its net turnover increased by 30 percent to US$51,8 million from US$39,7 million for the year to December 2012.
Management said cigarette sales continued to be a major driver of national volumes with the Madison brand contributing 68 percent as a result of improved marketing and distribution.
Analysts had projected a decline in net turnover after BATZ which was, last year, accused of sabotaging competitors and using industrial espionage.
The allegations against BATZ come after it emerged that its competitors – Kingdom, Savanna Tobacco, Breco (Fodya), Cutrag, Trednet and Chelsea lost cigarettes valued at R100 million to armed hijackers in just over a year. The cigarettes were mostly destined for South Africa.Advertisement

None of BATZ’s products were said to have been hijacked, prompting its competitors to believe the largest cigarette manufacturer in the country was involved in industrial espionage and possible sabotage, a charge BATZ refutes.