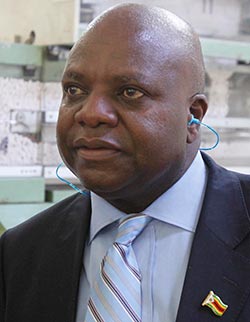 HARARE: The local unit of global cigarette manufacturer, British American Tobacco (BAT), on Tuesday reported a 23 percent decline in revenue to $16, 8 million in the half-year to June on weak sales.
BAT Zimbabwe is the largest cigarette manufacturer in the country, with a market share of over 70 percent. Chairman Lovemore Manatsa said volumes were down by 20,7 percent as a result of a difficult trading environment.
“The decrease was experienced in our local brands which declined by 21 percent compared to the same period in 2015.
“Our Global Drive Brand, Dunhill, grew by 10 percent compared to same period, driven by a small but growing consumer base,” he said in a statement accompanying the results.
The company’s local brands include Madison, Everest, Newbury, Kingsgate and Berkley.
Operating profit at $4,6 million was down 47 percent compared to the same period last year while administrative expenses were up 36 percent to $5,5 million.
A refund for erroneously charged duties and readjustment of provisions from prior year drove other income up to $892,000 from $400,000 last year.
Earnings per share (EPS) dropped to 18 cents from 37 cents for the period.
Cash generated from operations was down 25 percent from $10, 8 million to $8 million.
The Board declared a dividend of 18 cents per share.Advertisement