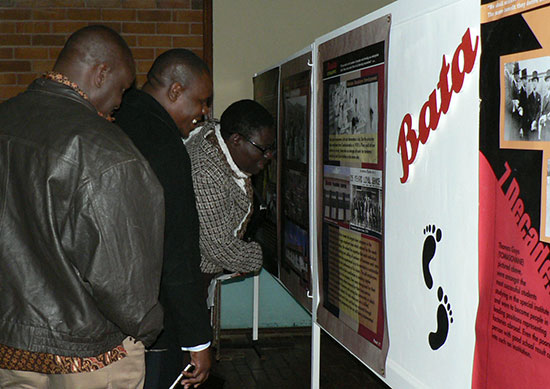 GWERU based Bata shoe company is now operating at 89 percent of installed capacity and increasing exports to overseas markets, managing director Ahm Ehsanuzzaman has said.
Bata is one of the few companies in the Midlands capital which have recorded an improvement in production in the past year.
“We are operating at 89 percent capacity utilisation with our exports in canvas and leather products in the past four months surpassing that of the entire year in 2015,” Ehsanuzzaman told Vice President Emmerson Mnangagwa during a tour of the company organised by the Confederation of Zimbabwe Industries (CZI) Midlands chamber in Gweru this week.
According the latest chamber statistics, other companies in Gweru operating at above half of their capacity include Sino-Zimbabwe Cement Company and Lesaffre (formerly Anchor Yeast). The two are operating at 70 percent capacity.
However, other big companies such as Zim Alloys, Zimglass, Zimcast and David Whitehead have closed down.
Ehsanuzzaman, said his company was facing challenges as they have to import chemicals used in shoe manufacturing.
He also lamented unfair competition from cheap imports that pass through the country’s porous borders.
Meanwhile, speaking at the same occasion industry deputy minister Chiratidzo Mabuwa said government had increased surveillance to confiscate products that are brought into the country illegally.Advertisement