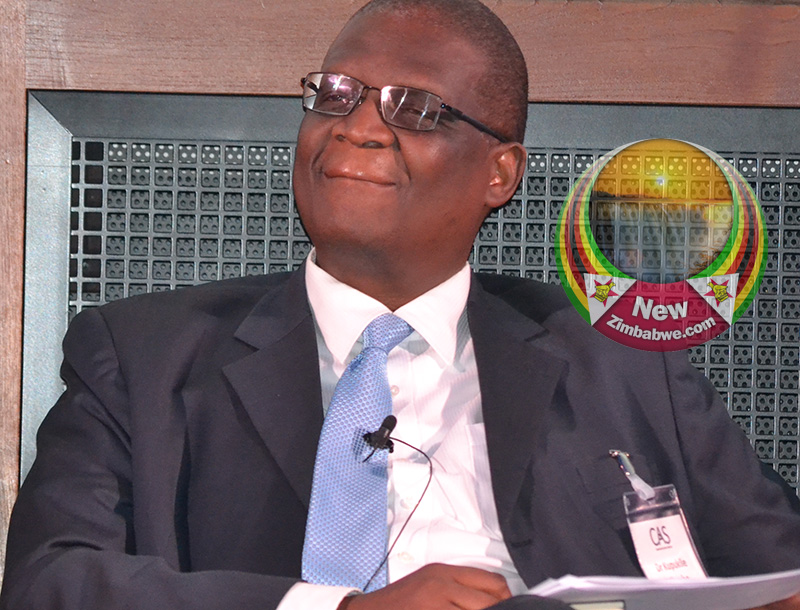 One of Zimbabwe’s financial publications had a very interesting, though not unusual story of one of the two Deputy Governors of the Reserve Bank of Zimbabwe (RBZ), Kupukile Mlambo, almost trashing the institution he leads.

According to the article, the former academic, whose ascendancy to the helm of the RBZ was engineered by Former Finance Minister Tendai Biti as part of a hatchet job to “clip the wings” of then Governor, Gideon Gono, blames the institution he leads for recklessly printing money and stoking inflation.

It is common cause that that mismanagement in other facets of the macro-economy such as government finance and the real sector almost always manifests through monetary disequilibrium. For this reason, it is perfectly understandable for ordinary Zimbabweans to blame their central bank for their economic woes since its mandate, inadvertently, makes it the immediate face and pulse of the economic governance framework.

It, however, raises a number of questions when that surface based blame comes from one of the most informed leaders of the RBZ who is privy to the entire value chain of money supply growth in Zimbabwe. For instance, notwithstanding the macroeconomic analysis by various analysts and admissions by the Ministry of Finance itself on how it is contributing to money supply growth, it was really a big surprise that the Deputy Governor of the Central Bank chose to blame the bank for fuelling inflation, whilst heaping praise on Treasury.

Given his academic background and insider privileges, Mlambo’s failure to undertake a deeper analysis to unpack the sources or drivers of money supply growth seems to be deliberate and most likely for sinister reasons. It would, therefore, be important to understand the motive for not only bringing the name of his institution into disrepute but also his brazen attempt to “put his boss under the bus”.

Time will certainly tell but for now there are very instructive pointers that can help us construct the motive behind the deputy governor’s otherwise shameful admission as reported by the “pink paper”.

In the 2020 National Budget statement, the Ministry of Finance fully acknowledged the impact of various subsidies and off budget expenditures that have been contributing to the growth in money supply and hence its commitment to ensure that all expenditures are budgeted for. Given the acknowledgements by Treasury, it’s clear that the fiscal consolidation process has not been totally successful as Mlambo wants everyone to believe.

It is well known that Mlambo, as the second in command at RBZ, has every bit of information about government demands to the Central Bank and when someone with all that information chooses to close their eyes to reality, the motive becomes clearer. In fact, it ceases to be far-fetched for one to assume that, ambition based dishonesty has taken the better of the good doctor.

In any case, with his close friend for many years running the Ministry of Finance, it is perfectly normal for Mlambo to become ambitious although betrayal of one’s boss as a means to sponsor such personal ambitions remains unacceptable.

In addition, Zimbabweans in general and Zanu PF in particular should really be careful about dicey characters such as Mlambo, when it is known that he was brought into the RBZ to serve the agenda of the then Minister of Finance, Biti and the MDC in general.

Whilst one cannot offer a prescription to the President on whom to trust and whose interests are being served, it is critical for Zimbabwe to know the characters presiding over their economy. It is, however, a basic norm across the globe that when people serving government are of dubious characters, they are relieved of their duties.

Furthermore, if such information is in the public domain, the key question then becomes, when did Mlambo put a cut-off to stop serving Biti’s interests, especially when it has been observed in the recent past that the former Finance Minister has been receiving a somewhat direct feed on developments at the Ministry of Finance and the Reserve Bank?

Besides Biti, Mlambo is a close friend of the current Minister of Finance Mthuli Ncube going back to their days at the University and at the African Development Bank where he was instrumental in getting Ncube to land a job, albeit as a “South African” citizen.

The Deputy Governor is, therefore, actually moving to land the Governorship job hence he has to discredit the Reserve Bank, regardless of the fact that he is part of it.

Whilst RBZ Governor John Mangudya cannot be told what to do, it is basic in the realm of strategy that whenever a leader realises that he has an over-ambitious subordinate, he needs safeguards not only to protect his individual legacy but also in defence of the institutional objectives, which should be protected ahead of an over-ambitious deputy.

In the case of the RBZ, this becomes particularly more important given its institutional mandate and role in the day to day affairs of Zimbabweans. This mandate cannot and should not be subordinated to Mlambo’s petty politicking, irrespective of who is behind him.

Although Zimbabweans have a history of being gullible and naïve in a number of situations, I pray that they open their eyes to the reality that the battle at stake ceased a long time ago to be about Mangudya as an individual but rather a battle by a “powerful mafia” seeking to take control of the Central Bank.

The scheme here goes beyond just ambition but complete control of the macro-economic governance framework by a very powerful and corrupt mafia in order to support grand looting of State resources.

In other words, those who care about the economy need to raise their voice. So far Ncube’s record as measured by living standards is not impressive but poverty levels have actually worsened and is set get worse if he succeeds to catapult his long-time friend to the helm of the RBZ.