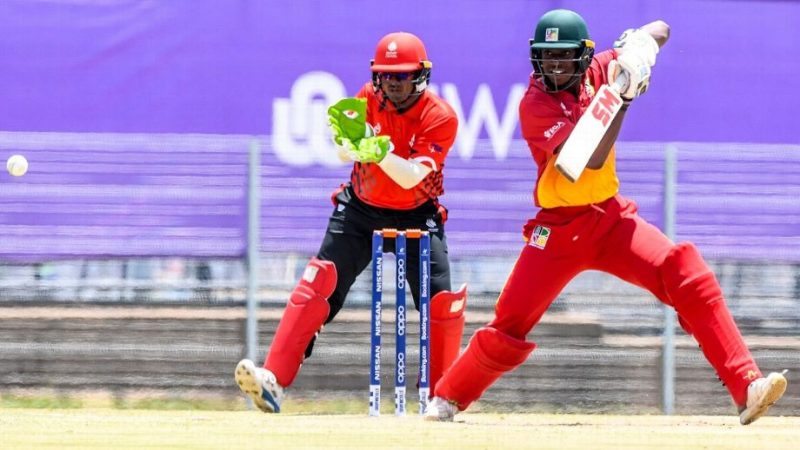 TEENAGE cricket sensation Emmanuel Bawa has expressed his delight after being appointed the captain of the Zimbabwe Under-19 cricket team at the International Cricket Council (ICC) Under19 World Cup to be staged in the West Indies next month.

Bawa is the only surviving member of Zimbabwe’s squad at the previous edition of the ICC Under-19 World Cup hosted by South Africa.

The 17-year-old rising star, who will be deputised by Brian Burnett says he is excited to lead the country in the West Indies but admitted that the team’s preparations have been affected by the Covid-19 pandemic

“I’m very pleased to lead the team at such a global stage,” he said. “In terms of the preparations we were affected by the pandemic to such an extent that we had to cancel some of our scheduled tours,” he said.

Bawa made history at the youth cricket global showpiece when he became the first black Zimbabwean batsman to score a century at the tournament after blasting an unbeaten 105 off just 95 balls in Zimbabwe’s win over Canada.

The century meant he became only the fourth Zimbabwean to score a hundred at the Under-19 World Cup, joining the likes of Mark Vermuelen, Brendan Taylor and Malcolm Lake as the only Zimbabweans to notch up centuries at the youth global cricket tourney.

Zimbabwe went on to finish 11th at the last World Cup to secure automatic qualification to next year’s tournament.

Former Chevrons skipper Prosper Utseya, who mentored the side in South Africa has been retained as head coach and will be deputised by Elton Chigumbura.

Zimbabwe are in the same pool as Afghanistan, Pakistan and Papua New Guinea. The top two teams qualify for the Super League stages while the bottom two drop to contest in the Plate Competition to determine the final positions.

They will kick off the campaign with a match against Afghanistan on January 16 before taking on Pakistan four days later and rounding up their group matches against Papua New Guinea on January 22.