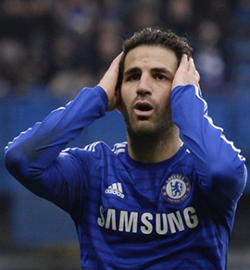 GERMAN sports magazine Kicker claim Bayern Munich are in negotiations with Manchester United over the transfer of club record-signing Angel Di Maria.
Kicker claim that Bayern Munich are targeting the Argentine after ending their pursuit of Wolfsburg’s Kevin de Bruyne – who has a contract until 2019.
They believe that Bayern director Michael Reschke has already inquired about the 27-year-old’s availability with Manchester United executive vice-chairman Ed Woodward.
Di Maria has had a disappointing season at Manchester United since completing a club-record £59.7m move from Real Madrid last summer, losing his place in the first team in the closing week
Di Maria’s family were also subjected to a terrifying burglary in January while the midfielder was playing in United’s home game against Leicester.
Manchester United manager Louis Van Gaal said earlier this month that Di Maria had a decision to make about his future, saying:
“The manager and the club is always dependable on the opinion of the player himself. The player decides. We shall see what he decides.
“The decision is not only to him because now we have a contract, so we shall speak always with every player – evaluation, as I always do.
“Then we speak with each other about the future, and that is with every player.”
Any deal for Di Maria could see the duo moving the opposite way as Louis van Gaal overhauls his Manchester United squad this summer.
Cesc Fabregas hit with fine and given six points on driving licence

CHELSEA midfielder Cesc Fabregas has been handed a £1,000 fine and six points for a strange incident when his Aston Martin was stopped.
The 28-year-old’s Aston Martin was stopped on October 27, 2014 – less than 24 hours after Jose Mourinho’s Chelsea had secured a 1-1 draw with Manchester United at Old Trafford.
The Spaniard has been penalised for reportedly failing to identify the driver of the swanky vehicle and has since racked up a hefty fine and half of the maximum 12 points allowed on a British driving license.
Fabregas has been ordered to pay £1,000 fine, a £100 victim surcharge and costs of £85 at Staines Magistrates’ Court – though he failed to appear for his hearing.Advertisement

The former Arsenal midfielder, who left the Gunners to join Barcelona in 2011 before returning to the Premier League after three years – this time with Chelsea – now has until Friday June 5 to pay the court costs.
Fabregas has been a revelation in Chelsea’s midfield this season, helping the Blues to a domestic double, and their first Premier League title since the 2009-19 campaign.
The league winners’ medal was also Fabregas’ first, despite spending eight years with Chelsea’s north London rivals Arsenal between 2003 and 2011.