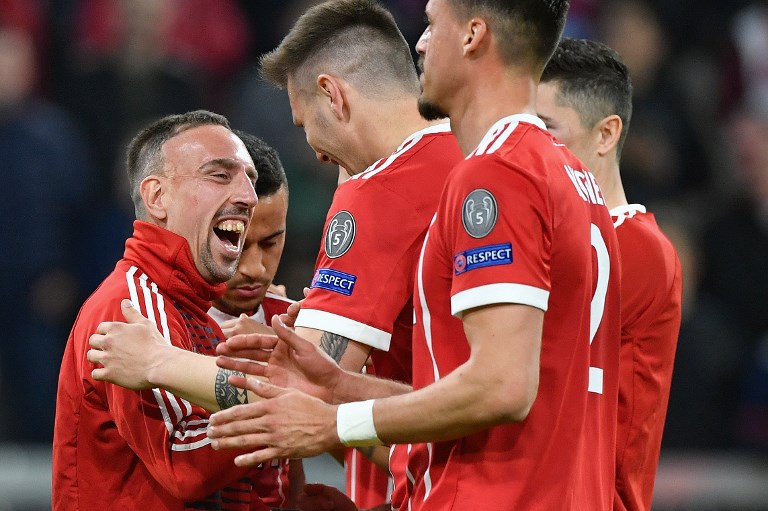 Bayern Munich reached the Champions League semi-finals for the seventh time in nine seasons as Wednesday’s goalless draw at home to Sevilla sent the German side through 2-1 on aggregate.

Mats Hummels flashed a powerful drive just wide and Sevilla goalkeeper David Soria turned away a stinging effort from Franck Ribery in the first half, while Bayern full-back Rafinha made a vital block to deny Pablo Sarabia.

Joaquin Correa came closest to scoring at the Allianz Arena when the Argentine winger headed against the crossbar on 59 minutes, but Jupp Heynckes’s Bayern remain in the hunt for a sixth European title.

Bayern will be joined in Friday’s draw for the last four by Liverpool, Roma and defending champions Real Madrid who overcame Juventus 4-3 on aggregate courtesy of a dramatic stoppage-time penalty from Cristiano Ronaldo.