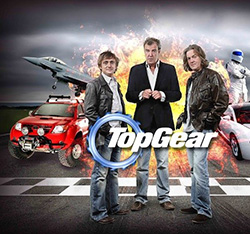 THE brakes have been put on plans for Jeremy Clarkson to take a new motoring show to ITV after it was revealed his old BBC contract stops him making a rival car show on another UK channel.
A clause in his deal with the corporation, which came to an end after an internal inquiry found he had assaulted Top Gear producer Oisin Tymon, stops Clarkson and co-hosts James May and Richard Hammond from working on a similar show for two years.
They are free to make a different kind of show for ITV, but are thought more likely to go to an online broadcaster such as Amazon or Netflix which are not covered by the clause.
The BBC declined to comment on the nature of the men’s contracts and is currently recruiting new faces to join Chris Evans on a revamped version of the show.
Evans, who was unveiled as the new face of Top Gear last month, has called on the show’s fans to apply for the job of co-hosting it with him.
The Radio 2 breakfast show DJ told candidates they needed to have an “appetite, hunger and need” to host the motoring show, and to send in videos of themselves from the waist up, with “no stunts, no gimmicks” or cars, behaving as they would if they were on the show.Advertisement