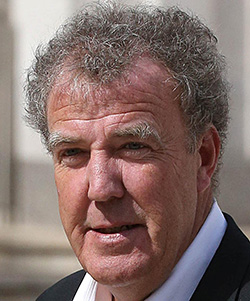 THE BBC has refused the Argentinian ambassador’s demand for a public apology following the row over a Top Gear special filmed in the South American country.
The show’s crew had to leave the country after trouble erupted when it emerged they were using a Porsche with the registration number H982 FKL, which some people suggested could refer to the Falklands conflict of 1982.
Alicia Castro, the country’s ambassador to the UK, demanded the apology during a meeting with the BBC’s head of television Danny Cohen earlier this month.
In a letter to Castro, Cohen said the BBC would go ahead and broadcast the programme.
He said: “We will ensure that these programmes are a fair representation of what took place throughout their stay.”
He added: “I am very aware that some have questioned whether the number plates were in some way a prank.
“I would like to reassure you again that nothing we have seen or read since the team returned supports the view that this was a deliberate act.”
Cohen said “the BBC was disturbed by the violence the team faced during their visit”.
Top Gear executive producer Andy Wilman previously denied the number plate was a “stunt” and presenter Jeremy Clarkson said he was “shocked” when someone pointed out the link between the number plate and the Falklands War days into filming.
Castro is not the first diplomat to be upset by the long-running motoring show.
In 2011, the BBC had to apologise to the Mexican ambassador over comments made by Clarkson and co-hosts James May and Richard Hammond.
May described Mexican food as ”like sick with cheese on it” and Clarkson predicted they would not get any complaints about the show because ”at the Mexican embassy, the ambassador is going to be sitting there with a remote control like this (snores). They won’t complain, it’s fine.”
In fact, the Mexican ambassador His Excellency Eduardo Medina-Mora Icaza wrote to the corporation to complain about the ”outrageous, vulgar and inexcusable insults” and the BBC had to say sorry.Advertisement