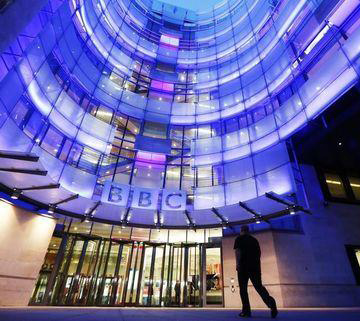 THE British Broadcasting Corporation will cut more than 1,000 jobs to cover a 150-million-pound gap in licence fee income next financial year as millions of viewers turn off their televisions and watch programmes on tablets and mobile phones.
The BBC, the largest broadcaster in the world, is grappling with swiftly changing viewing practices, the fallout from failing to investigate a prolific child abuser in its ranks, and scrutiny from Prime Minister David Cameron’s government ahead of a review of BBC funding in 2016.
BBC chief Tony Hall told employees he wanted to forge a leaner organisation with fewer layers of management to cope with the expected shortfall from the annual 145.50 pound ($227.17) licence fee that every UK household with a television must pay.
“A simpler, leaner, BBC is the right thing to do and it can also help us meet the financial challenges we face,” Director General Hall, 64, said.
“There are very tough things happening out there and the hard choice that is happening to us is that the number of households with TVs is diminishing, slowly, but it is diminishing.”
Some Britons have discarded their televisions — the main source of home viewing for half a century – in favour of tablets which many younger people use to watch programmes over a wireless Internet connection.
The BBC’s Head of News, James Harding, last month predicted that by 2025, most people in the United Kingdom would probably get their television programmes over the Internet.
“The Internet has ripped a hole in the business model of many great news organisations,” said Harding.
Just 69 percent of viewing by British adults is now through live TV and among 16- to 24-year-olds only 50 percent of viewing was done through live TV, the country’s telecoms regulator said.
The BBC and other public service broadcasters must keep up with the shift to online viewing to ensure they retain a high visibility and can compete with rival services from Netflix and Amazon, the regulator said.
The rise in online viewing services justifies making British people pay the licence fee for using them, the BBC said.
The government will review the BBC’s funding structure when it negotiates a new, so-called Royal Charter ahead of the expiry of the current agreement at the end of 2016.Advertisement

But some ministers who serve in Cameron’s newly elected government have questioned the licence fee funding model, which accounted for 73 percent of the BBC’s 5-billion-pound income in the 2013-14 financial year, the most recent accounts available.
Critics say the BBC, which employed 20,736 people in the 2013-14 year, is bloated, biased and distorts the media market by squeezing out smaller players, especially in the regions.
Supporters say the BBC, known affectionately as “auntie”, produces first-class news, sport and entertainment and counter that it is criticised by politicians across the political spectrum, from Scottish nationalists to Labour prime ministers.