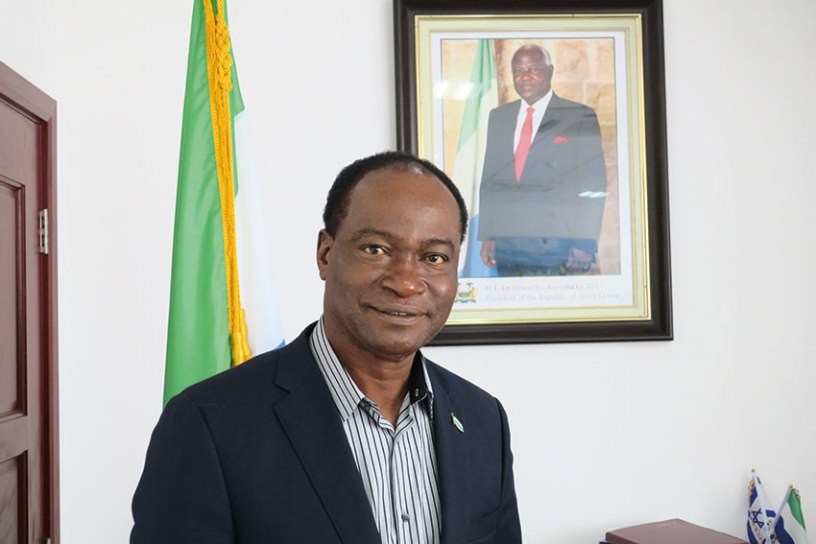 “I’m here to congratulate our new president with executive members of my party,” Kamara told reporters after meeting former junta leader Bio at his residence.

Kamara said his All People’s Congress (APC) would support Bio’s efforts to form a new government in the West African nation, following a tumultuous campaign that saw supporters of both sides subjected to violence and intimidation.

Bio, a former soldier who briefly led a military junta more than two decades ago, beat Kamara with 51.81% of vote in last month’s election.

Kamara swiftly challenged the outcome, which was announced on Wednesday by the nation’s election commission, alleging ballot box stuffing and “other irregularities.”

But both African neighbours and international observers say the vote was generally conducted peacefully, and Kamara’s show of support for his rival may ease concerns of post-election unrest.

Kamara nevertheless called on Bio to protect his supporters.

“No Sierra Leonean should suffer for belonging to any party, no one should shed blood for politics,” he said.

Bio will need the support of the ruling APC, which has 68 out of 132 parliament seats, to form a workable government majority in what is one of the world’s poorest nations despite huge mineral and diamond deposits.

Its economy is still recovering from war and disease and remains fragile with investors slowly returning, and corruption is widespread in the former British colony.