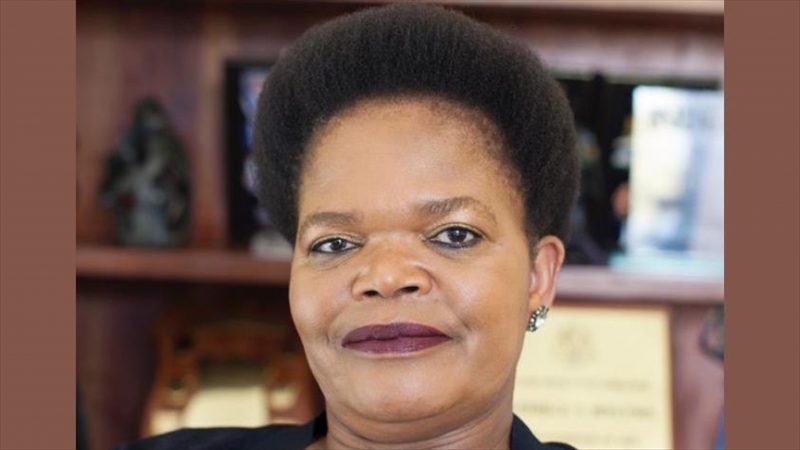 BEATRICE Mtetwa (62) a lawyer highlighting human rights issues in the southern African country of Zimbabwe has lost the count of threats and intimidation. She has been at the receiving end of authorities and interest groups over the past two decades.

Speaking to Anadolu Agency, she said that even her dog was poisoned to intimidate her. The spooks often tail her, particularly when pleading high profile cases in the courts.

A version of deceased Pakistani lawyer Asma Jehangir in the landlocked African country of Zimbabwe for defending human rights, Mtetwa, who is now a grandmother is nicknamed as “Rottweiler” for her tenacity and steadfastness.

“I have been harassed in several ways over more than 20 years through threats of deportation as I was born in Swaziland and came to Zimbabwe after getting married to a Zimbabwean. When my children were younger, threats of harm to them were regularly issued,” she said.

She recalls that in 2013, she was imprisoned in the country’s notorious Chikurubi prison for asking for warrants from police who were raiding the house of fellow lawyer Tabani Vusa Mpofu, who was working as research director in the former Prime Minister Morgan Tsvangirai’s office.

Last year, she was not allowed to represent journalist Hopewell Chin’ono allegedly arrested for uncovering the corruption in the procurement of material to stem the spread of Covid-19.

“I graduated from law school in 1981 and started my career as a prosecutor in Swaziland. I came to Zimbabwe in 1983 and joined the prosecution department. I was in the prosecution department at a time when Zimbabwe National Army had launched a war on opposition Zimbabwe African People’s Union (ZAPU) and was committing Gukurahundi massacres. The ZAPU members were dragged to court in handcuffs and chains, a sight that appalled me,” she said.

“I was disillusioned at these sights and told myself that I would always prosecute with integrity guided only by the need to do justice amongst the wrongdoers and the wronged, “she said.

Gukurahundi is referred to as series of massacres of Ndebele civilians carried out by the Zimbabwe National Army from 1983-1987, an apparent war against the supporters of the opposition ZAPU.

Recalling a particular incident while working as a government prosecutor, she said in 1985 soon after general elections, she along with a colleague prosecuted some ruling party members, who had humiliated a (Abel) Muzorewa supporter in Mabvuku by making her take off her clothes and forcing her to walk naked in the street along with two teenage sons.

“I was so traumatized by this that I vowed to get her justice. The war veteran magistrate sentenced four culprits, three men, and one woman,” she added.

Mtetwa’s friends said such experiences have toughened her and turned her into one of the most daring human rights advocates in Zimbabwe.

“I have, even as a child, always been a firm believer in fairness and always strive to be even-handed in my dealings with everyone,” she told Anadolu Agency.

Feeling sad at the gradual decay of Zimbabwe’s justice system after independence, Mtetwa said she had to leave a government job to join the private practice as a lawyer.

“I had become an enabler trying to sanitize a dysfunctional system and that victims of crime had no one to turn to when such miscarriages of justice happened.

When things became worse and there was no pretense at not prosecuting those violators with political affiliations. I had no choice but to leave the government,” she added.

Mtetwa said that since the 1990s she had got interested in fighting for the underdogs and this took root when I left the government and joined the law firm of Kantor & Immerman. She is also one of the founders of Zimbabwe Lawyers for Human Rights, a non-profit legal organisation that helps to fight for human rights.

Change of rulers makes no difference

As a lawyer, Mtetwa has had no break from harassment and intimidation during the reign of Zimbabwe’s late dictator Robert Mugabe and then under Emmerson Mnangagwa who is president of the country since November 2017.

She said the under the incumbent government as well, anyone voicing opposition to the ruling party is becoming an immediate target. Further, with the advent of social media, all critics are seen as political opponents.

“There is no change, therefore, in the rights abuses. The only difference is that it is increasingly the victims of human rights violations who find themselves behind bars whilst the actual violators of rights call the shots,” said Mtetwa.

Mtetwa says as a lawyer, she is not afraid to take up cases that may be unpopular with the government or other powerful players in society.

“I consider myself no different from other professionals who do their work while subjected to reprisals,” she said.