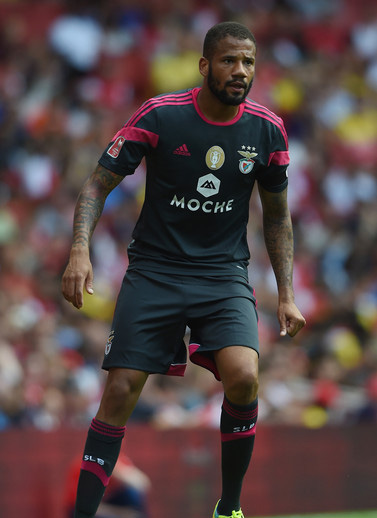 FORMER Manchester United forward Bebe admits he found it hard to believe that the club wanted to sign him back in 2010 as Sir Alex Ferguson had never seen him play
The 25-year-old moved to Old Trafford for a £7.4million fee despite Ferguson admitting he had never watched him in action before.
The former Portugal youth international failed to settle in England and joined Benfica on a permanent deal in 2014 after loan spells with Besiktas, Rio Ave and Pacos de Ferreira.
Bebe himself was shocked to hear of United’s interest five years ago but is adamant Ferguson had faith in his ability.
“It was a shock for me, too,” he told the Daily Mail of his transfer.
“For the week leading up to it, I thought the whole thing was a joke. I thought they were leading me on. Then I realised it was serious.
“I was surprised. I was playing in the third division in Portugal and all of a sudden one of the world’s biggest clubs wanted me? That’s not very normal.
“I know what they say in England. ‘Ah, that Bebe, he cost £10m or whatever and he was a waste.’ You have to understand that a lot of things had happened to me as a child.
“People don’t know what is going inside you as a person and within your environment. People labelled me in a certain way and it hurt. I was thrown into a situation but I was just a kid.

“I remember the first training session. I was really nervous. I walked out and there’s legends like Gary Neville, Ryan Giggs and Wayne Rooney. I was desperate to impress them.
“They tried to help me. Nani and Anderson spoke Portuguese so they would pass on Ferguson’s messages to me in training.
“Patrice Evra and Chicharito [Javier Hernandez] were brilliant too because they speak Spanish, as I do. Evra is a special person, amazing for a dressing room.
“Ferguson told me that he saw me as a talented boy and that he felt he could turn me into a great player. He immediately tried to work out my temperament and encourage me.”
Bebe, who has impressed on loan at Rayo Vallecano so far this season, says he was offered “no explanation” by Ferguson’s successor David Moyes when he was ousted from the first team in 2013.Advertisement

“When Moyes arrived, I had been on loan at Besiktas and then in Portugal,” he added. “At Besiktas, I had a terrible knee injury so it was another blow for me.
“I’m not sure it would have made a difference had Ferguson stayed. David didn’t invite me to even train with the first team squad for pre-season.
“He didn’t take a look at me or contact me. There was no explanation.”