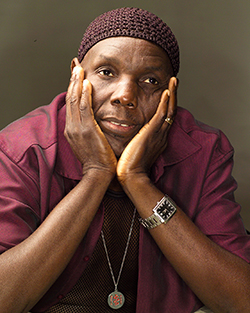 THE air in the room holds still as if it fears it may be chided for making a stir, and everybody seems to hold their breath; indeed it is so quiet one could hear the bang of a pin dropping.
Then the silence is broken by a sound familiar to and loved by millions; a voice so rough and gravel-like you would think it was tearing through a capsule filled with grit – golden grit. It is the voice which has captivated the whole world, probably the most beautiful ugly voice known to man.
“I think we need to have shots of the crowd. This was a live recording; it would be lovely to share the experience with the crowd if they are also shown in the video,” says the voice.
And as the voice tears through the silence the temporal halt in life ceases and everybody seems to come alive all of a sudden – the god of Zimbabwean music and arts has spoken.
It is the voice of Oliver Mtukudzi and the event is the behind-the-scenes editing of what will, undoubtedly, be the immediate next release from his videography shelf.
The DVD will most likely be entitled Masanga Bodo. In the studio with Tuku are key personnel behind the project – men and artistes who keep things running at Pakare Paye Arts Centre and now have the daunting task to make sure the product is a godsend to anticipating Tuku admirers.
Newzimbabwe.com has a front row seat – fortunate to be honoured with a rare chance to witness Tuku – the perfectionist and director – at work off stage.
The recording, which was made in 2012, will be the culmination of hundreds of hours of hard work and tireless dedication to the cause; the home stretch now beckons.
“You are fortunate to be here to witness what goes on behind the scenes,” Tuku says later in his trademark raspy golden voice.
“It is not easy and there is attention to every detail it has to be perfect for the fans and for the people who worked on it. They should see that it is as good a product that which justifies the massive effort they put into it.”
But there is one thing he does not – and perhaps needs not say. The project is also a deserving tribute to his son Samson ‘Sam’ Mtukudzi who died tragically in a road accident about 30 kilometres from Norton where this product is also being perfected.