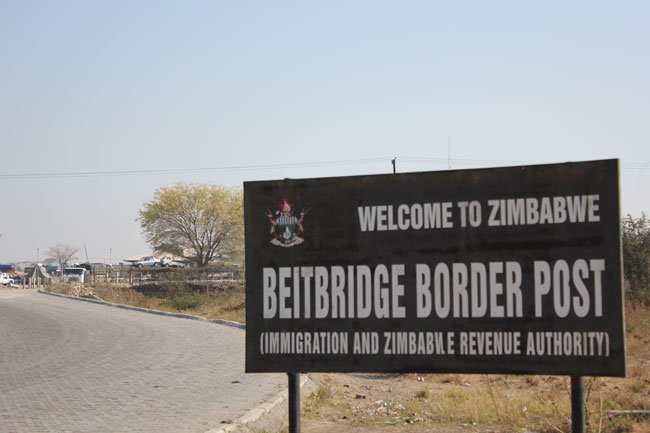 CHRONIC delays at the Beitbridge border post between SA and Zimbabwe — the busiest regional transit link in southern and eastern Africa — are hugely costly for business and yet could be addressed in fairly quick and simple ways if there was the political will to do so, the South African Institute of International Affairs (Saiia) argues in a research report.
The report deals with a range of key constraints to business that inhibit the economic growth of the Southern African region.
Saiia argues that a few relatively short-term interventions at the Beitbridge border post would improve the efficiency of South African and Zimbabwean government services, such as customs, immigration and policing.
The delays experienced by trucks carrying goods to and from Zimbabwe, Botswana, Zambia, the Democratic Republic of Congo, Malawi, Tanzania and northern Mozambique push up transport costs and the price of consumer and intermediate goods.
The Saiia study estimated that more than 400 trucks cross the Beitbridge border post every day and that they experience average delays of about three days crossing the border.
These can extend up to a week and truck drivers have reported being delayed for up to two weeks at times.
Each delay is estimated to cost $400 per truck per day and adds to the price of the goods they are carrying.
A delay of three days could increase the price of transported petrol about 3.3% and transported sugar about 3%.
Apart from adding to the pressure on truck drivers, the delays also cause serious unpredictability, making it difficult for transporters and agents to plan logistics.
“The situation at the border post is made worse by the poor condition or lack of capacity of both soft and hard infrastructure,” Saiia’s report said.
The road leading to the border post only has two lanes travelling in each direction — one for passenger vehicles and the other for commercial vehicles.
“Given that the Beitbridge border post is the busiest regional transit link in Southern and Eastern Africa, the fact that most of SA’s road freight to countries to the north is being bottlenecked into a single lane is a critical issue,” the report noted.
“The situation is aggravated by the fact that trucks share a lane with passenger buses. A single lane dedicated to commercial vehicles is grossly inadequate for the volume of traffic going through the border. This urgently needs to be updated.Advertisement

“The area should be redesigned so that the necessary transport and economic infrastructure, such as the taxi rank and informal traders’ space, does not interfere with commercial traffic.”
Saiia also said hardware such as scanners used by the South African Revenue Service (SARS) and the Zimbabwe Revenue Authority (Zimra) needed to be upgraded to deal with high traffic volumes.
Zimra’s information technology also needs to be upgraded to prevent the frequent communication crashes between the Beitbridge and Harare offices, which added to the delays as documentation could not be processed, it said. SARS and Zimra should also harmonise their customs software to expedite processing.
Power shortages on both sides of the border also contribute to delays. The situation is particularly bad on the Zimbabwean side, where electricity supply is down for a few hours daily on a regular basis.
Crime is rife at the border post and transporters are regularly bribed by corrupt officials to get the necessary permits to pass through. Cargo inspections at the container depot are another cause for monumental delays.
“Government officials often hold the private sector to ransom by refusing to let trucks undergo the necessary procedures unless a bribe is paid,” Saiia said.
“In addition the Zimbabwean government seems to view the private sector more as a means of collecting revenue than as a tool for economic development.
“The numerous permits and regulatory fees applied to cross-border transporters carrying goods through Zimbabwe appear to be taxes on doing business rather than economic policy tools designed to achieve desirable outcomes.”
Saiia also urged the introduction of a regional transit bond to save transporters the cost and delays of having to get a separate customs bond to cover the duty payable on the cargo for each border crossed.
Although Saiia concedes that a revenue-sharing model will have to be worked out to overcome resistance to the idea.