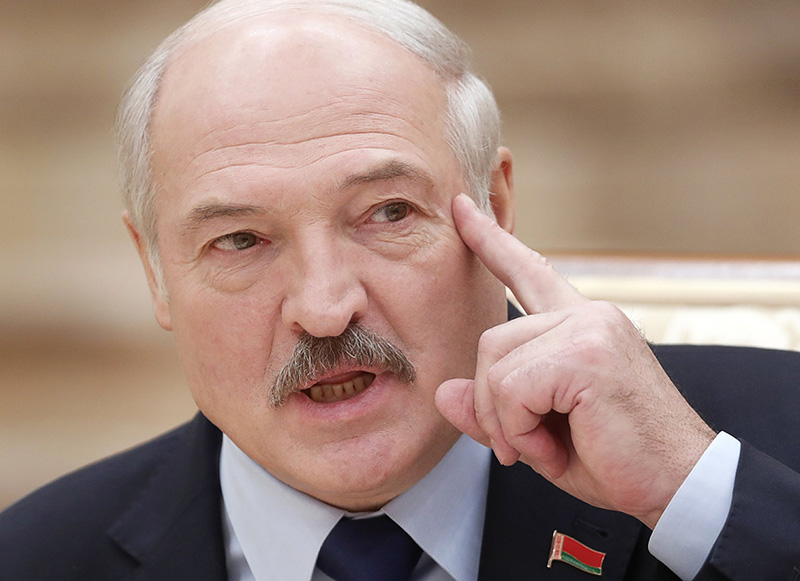 MINSK: The leader of Belarus on Friday accused some politicians in Russia of floating the prospect of incorporating his nation, and vowed that he wouldn’t let it happen.

Belarusian President Alexander Lukashenko also criticized the Kremlin’s plan to raise crude oil prices for Belarus, describing it as part of efforts to persuade his country to join Russia.

“I understand what all those hints mean: You get the oil but you break up your country and join Russia,” he said at a news conference.

Russian President Vladimir Putin and Lukashenko engaged in televised bickering during a meeting of a Moscow-dominated economic alliance earlier this month, with the Belarusian leader assailing Moscow for its intention to charge higher prices for energy supplies to Belarus.

Putin countered that Belarus would still get the energy resources at much cheaper prices than others, and noted that a deeper integration is needed to level the prices between the two countries.

Lukashenko on Friday cited Russian ultranationalist lawmaker Vladimir Zhirinovsky as one of those who have suggested that Belarus should be incorporated into Russia.

“It will never happen,” the Belarusian president said. “Sovereignty is a sacred thing for us.”

Lukashenko has ruled the nation of 10 million with an iron hand for nearly a quarter century, cracking down on dissent and the media. He has relied on Russia’s loans and cheap energy to keep Belarus’ Soviet-style economy afloat.

Despite the close political, economic and military ties between the two ex-Soviet neighbors, Lukashenko has bristled at what he described as Moscow’s attempts to subdue his nation.

“Is Russia ready today to incorporate separate Belarusian regions or the country as a whole?” he asked rhetorically, warning Moscow to think of the consequences of such move.

“How will people in our country and your country will look at it, what will be the reaction of the international community to that kind of stealthy incorporation of one country into another?”

Lukashenko also noted that he rejected Russia’s push to set up an air force base in Belarus, arguing that the close military ties between the two countries made it unnecessary.

Russia’s desire to open the base has unnerved many in Belarus, raising fears that Moscow could use the facility to take over the country like it did in Crimea, where it used its naval base there to annex Ukraine’s Black Sea peninsula in 2014.

But even as he issued rebukes and warnings to the Kremlin, the Belarusian leader pledged to maintain a close alliance with Moscow.

Lukashenko noted that he has no intentions of charging Russia for using the two military facilities it has in Belarus — an early warning radar and a naval communications center.

“I’m not even raising the issue of payment,” he said. “It would be improper to ask Russia to pay for them.”