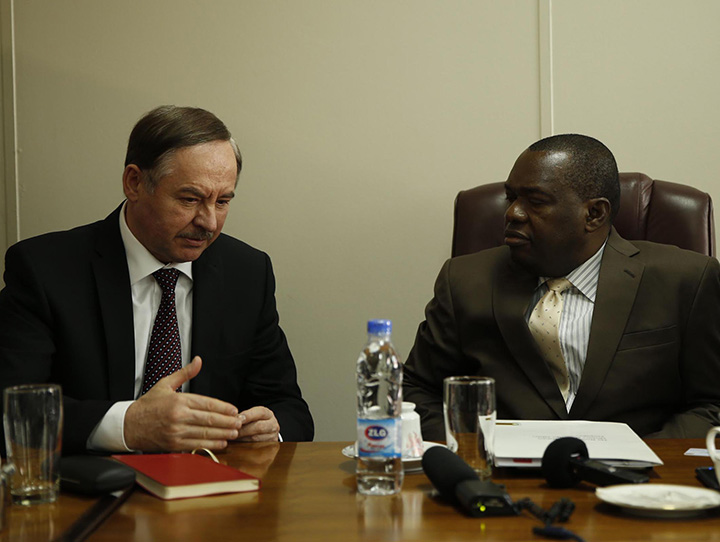 The agreements are expected to be signed Friday between the two governments and the Belarus administration is impressed with the position of the current regime.

“Your country has potential in all spheres and we are happy to have cooperation between the two governments and we see a lot of benefits from such support,” said Sheiman.

“And my government (Belarus) is going to send a technical team that has knowledge of all the equipment that we are going to send after the signing of agreements Friday.”

“We also welcome Zimbabwean students to our universities and we will educate them for future developments in the country.”

Sheiman added, “As you are aware, the agreement we signed end of last year for the mining equipment for Zimbabwe Mining Development Company, the equipment is now on the site.”

“Right now, we will sign contracts for $43 million of specialised agriculture equipment including tractors to the government of Zimbabwe under the Belarus government financial support.”

Sheiman also said that his government was prepared to assist the Forestry Commission and other sectors.

“My government is also ready to assist in the construction industry and also build dams to be used for irrigation.”

In 2015, the then vice president, Emmerson Mnangagwa, visited Belarus and signed a Memorandum of Agreement with Prime Minister Andrei Kobyakov to support the country’s different sectors.