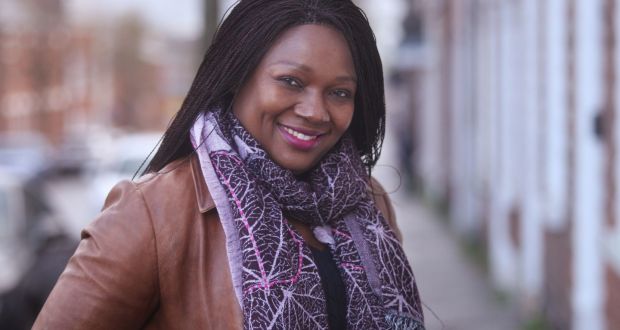 SIPHO Sibanda is the only known candidate from an ethnic minority running for the Northern Ireland Assembly in Thursday’s elections.

The 43-year-old mother said she knew that she would be a potential target for abuse but that “it wouldn’t be the first time”.

From Zimbabwe, Ms Sibanda has been living in Belfast since 2015, having fled her native country as a political refugee. Settling in this part of the world was not a choice for her, but a matter of finding a “safe home”.

But it was not long before the North reared its own prejudices. Ms Sibanda was among 14 people “threatened” with prosecution after taking part in Black Lives Matters demonstrations in Belfast and Derry during June 2020, amid Covid-19 restrictions.

It was a “frightening” threat which hung over them for a year before the Public Prosecution Service dismissed the case as having “no reasonable prospect of conviction for any offence”. Police Service of Northern Ireland (PSNI) chief constable Simon Byrne was forced into an embarrassing apology. Claims that the policing response was unfair and discriminatory were justified, said the North’s Police Ombudsman.

Around the same time, there was controversy over the police handling of the mass gathering by republicans for Bobby Storey’s funeral. A year later loyalists were on a rioting spree.

“Where gatherings are sectarian, it was all about negotiation,” said Ms Sibanda. “No-one was negotiating with us. There was no-one at political level representing our case. We were easy targets.”

Ms Sibanda sees policing as part of the scourge of “systemic racism” in the North. “The PSNI police black people. It serves and protects white people.”

The stark lack of diversity in the North’s politics, police and public sector was laid bare in a damning report by Westminster’s Northern Ireland Affairs Committee. It blamed the region’s obsession with its sectarian schism for plunging it into the “dark ages” when it comes to its ethnic minority population.

Not one of the 90 MLAs in the current Stormont Assembly is from an ethnic minority. “It is definitely ingrained in the system,” said Ms Sibanda. “We don’t see anyone from BAME (Black, Asian and minority ethnic) communities representing us. How are young BAME people going to see themselves in the future? If they don’t see it, how are they going to be it?

I’m hoping I can encourage voters, firstly from the BAME community, to actually get out and vote

“We need to move from the Protestant/Catholic and ‘Other’ designations.”

It was a key reason in her deciding to stand to be an MLA for South Belfast.

As a grassroots activist on housing issues, particularly for asylum seekers, she was wooed by socialist People Before Profit (PBP).

“I never thought I would be a politician. It came as a surprise to me. But I felt it was time to step up, although it is terrifying.”

Currently carved up between Sinn Féin, the DUP, the SDLP, Alliance and the Greens, the largely middle-class South Belfast constituency is a hard sell on a PBP ticket. And then there is the racism. Hong Kong-born Anna Lo, an Alliance MLA for the area for nine years, quit politics in 2016 because of racist abuse .

“It is scary,” said Ms Sibanda. “I’m hoping I can encourage voters, firstly from the BAME community, to actually get out and vote.”

She said she just wants a “fair chance” but fears voters won’t give her the respect and listen to her.

Asked by The Irish Times if they are running any ethnic minority candidates, the DUP and Traditional Unionist Voice failed to respond.

The Ulster Unionist Party said it has “actively sought candidates from an ethnic minority background . . . but unfortunately we do not have any standing at this Assembly election”.

“This is a work in progress and we would warmly welcome those who step forward in the future,” it added.

Sinn Féin and Alliance said they do not record the ethnic background of members. The SDLP and the Green Party admitted it was unlikely they would be running an ethnic minority candidate.