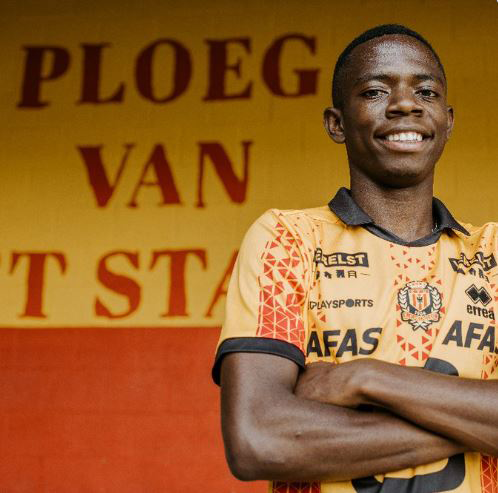 BELGIAN topflight side KV Mechelen have completed the move of the rising star Bill Antonio from Dynamos on a two-year deal with an option to renew for a further two years.

The 20-year-old former Prince Edward High schoolboy left the country last week ahead of the big move after initially impressing during a three-week trial stint.

The deal was finally confirmed on Wednesday after the completion of all the formalities which included his medical and putting pen to paper.

Mechelen’s  sporting director Tom Caluwé  revealed that Antonio will begin his journey at the club with KV Mechelen under-23 squad in an effort to ensure that he gradually settles at the club before moving to the first team.

“The 20-year-old Zimbabwean has signed a contract for two seasons with an option for another two years. Bill Antonio is no stranger to Mechelen. This summer he already came to do an internship with our development team. In this he was able to convince the sporting cell,” Caluwé said in a statement on KV Mechele’s official website.

“Bill is a fast right wing with very quick feet. To integrate, he will play with our U23 at the beginning,” he added.

Antonio came on the scene after his outstanding performances for the Harare giants where he made 28 appearances and scored 11 goals since making his debut last year in the Chibuku super Cup.

He has also made an appearance with the Zimbabwe Warriors after being given his debut by former Warriors coach Norman Mapeza during a 2022 FIFA World Cup qualifier against South Africa in 2021.