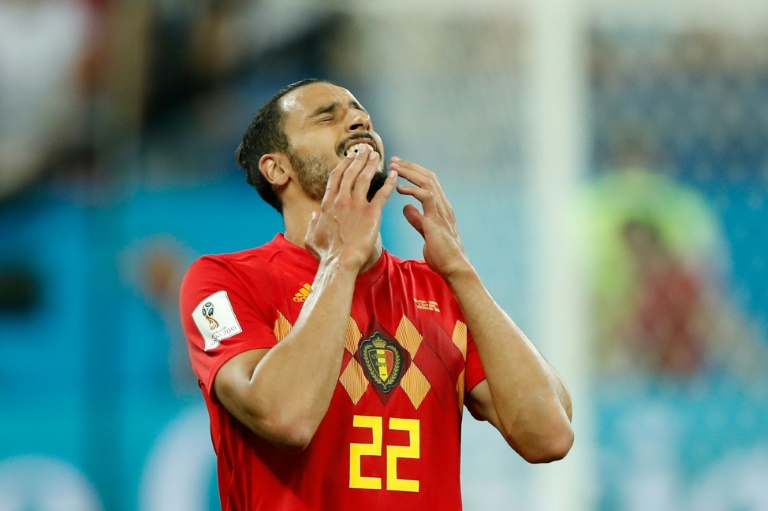 Substitute Nacer Chadli was Belgium’s hero on a humid night in Rostov-on-Don, scoring in the fourth minute of injury time to seal the dramatic victory.

Japan had stunned Roberto Martinez’s third-ranked side by racing into a two-goal lead in the second half through Genki Haraguchi and Takashi Inui.

With Belgium looking to be heading home, Jan Vertonghen — the defender whose error had led to Japan’s opener — made amends with a goal to put Belgium back in the game before Marouane Fellaini’s powerful header brought them to 2-2.

It was goalkeeper Thibaut Courtois who started the slick move that decided the match, rolling the ball out to Kevin De Bruyne, who raced upfield before feeding Thomas Meunier.

The Japan players slumped to the turf and coach Akira Nishino said they were too stunned to talk about the match immediately afterwards.

Belgium coach Martinez expressed his pride in the players.

“In the World Cup you want to be perfect but it’s about getting through, it’s about winning,” Martinez said.

“It was a test of character and you see the reaction of our subs coming on to win the game. It tells you everything about this group of players.”