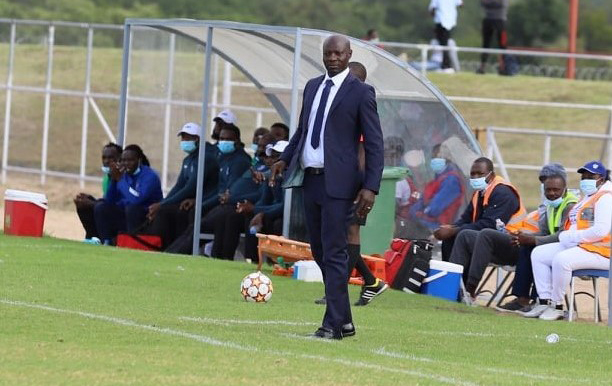 NGEZI Platinum coach Benjani Mwaruwari says he is satisfied by the progress his team has made since taking over the hot seat after his side recorded their first win since his arrival with a dominant 4-0 win against Tenax at Baobab Stadium on Saturday.

A goal in each half by Wayne Makuva to add to further strikes by inform striker Tinotenda Murasiranwa and Delic Murimba ensured Ngezi bounced back to winning ways after an inconsistent run in recent weeks.

It was also the first time that Ngezi Platinum Stars scored more than one goal since Benjani took over at the end of March.

“Since I got here I am happy with the progress. The boys have responded so well (to my methods) because sometimes when you are a new coach and you tell the boys what you want it takes time , it’s difficult but I am happy with how they have responded. The results have not been coming but as long as we are working as hard as we are doing results we will get the results that we want,” Benjani said.

Makuva opened the floodgates as early as the third minute before Makuva expertly rounded off the goalkeeper to double the scores about 10 minutes later.

Ngezi Platinum needed just four second half minutes to net the third, Makuva completing his brace straight from a corner kick and Murimba rose from the bench to complete the rout late in the game.

It was the former Manchester City striker’s second win as Ngezi Platinum Stars coach in six matches having also managed three draws and one defeat.

Prior to Saturday’s encounter Benjani had only managed two draws and a narrow 1-0 defeat to Harare City two weeks ago.

Meanwhile in the other matches played on Saturday, basement side Bulawayo City followed up their draw against Dynamos last week by securing a comfortable 3-0 victory  against fellow strugglers ZPC Kariba on Saturday.

Second-half goals from Melikhaya Ncube, Rodi Sibanda and Genius Mutungamiri gave Bulawayo City the important win which lifted them one place up from the bottom to 17th place.