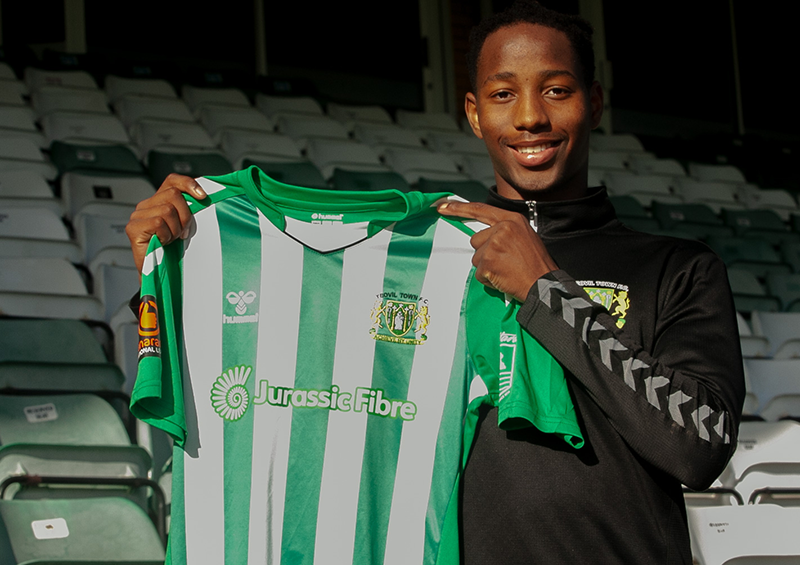 The 18-year-old son of former Zimbabwe international Benjani Mwaruwari signed his first professional contract in October and goes out on his first loan spell with Sherborne Town.

Benjani Jr will be hoping to get some regular first-team action for Sherborne Town, who ply their trade in the Western Football League.

Commonly known as the Toolstation League, the Western Premier Division League is the ninth tier of English football and has 40 member Clubs covering Bristol, Cornwall, Devon, Somerset, Dorset, parts of Gloucestershire and Wiltshire.

Benjani Jr was prolific for Yeovil’s Under-18s last season, earning himself a professional deal, and scored for them in their 2-1 defeat at Bridgwater United in the Gary Else Memorial Cup, the cup competition of the South West Counties Youth League, recently.

He also appeared as a 71st-minute substitute in the midweek 2-1 home win over Taunton Town in the second round of the Somerset Men’s Premier Cup.

The youngster is the son of former Manchester City and Portsmouth striker, Benjani, who made more than 300 professional appearances in addition to a successful international career with the Zimbabwe Warriors.