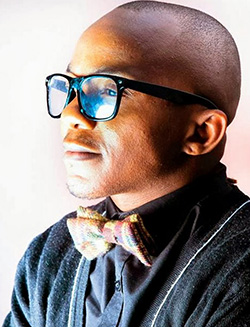 ZIMBABWE-BORN afro-pop songstress Berita Khumalo has just finished working on her new album Songs of Empowerment which features collaborations with international superstar Oliver Mtukudzi and jazz legend Hugh Masekela.
Based in South Africa’s East London, the award-winning guitarist has enjoyed a monumental rise to stardom after her Thandolwethu song from the 2012 album Conquering Spirit became a hit in the region and abroad.
The new album, Berita explained in recent interviews, was inspired by her long chats with legends Mtukudzi and Masekela.
“The new album is very exciting … it’s been two years since I (last) released an album and people have been asking for an album,” she said.
“I am lucky enough to work with Bra Hugh Masilela and Oliver Mtukudzi.”
Berita says, unlike her debut Album, Songs of Empowerment focuses on serious life challenges.
“I named it Songs of Empowerment because I wanted to sing songs for the people and not for myself,” she said.
“I remember with my first album, one thing that I had in mind was to release an album and become famous so it was all about me and not about the people.
“I hope people will be empowered in their hearts, minds and soul when they listen to the songs.
“After spending time and engaging with Bra Hugh and Mtukudzi, I learnt that when they produce music, they only have people in mind.”
Featuring 10 tracks, the album was produced by the same Johannesburg-based music company, Thami Music, that produced her debut album.
It is already receiving widespread attention with the song Sukundixhesha getting airplay on various radio stations after being released a week ago.
“There are songs like Lindokuhle and Ibuyile Inkululeko, which are about empowering and encouraging people to stand up and do things for themselves. To stop complaining,” Berita said.
The 12th Metro Award for Best Pop African Album was born in Zimbabwe in 1991 and moved to South African via New Zealand.
She explained: I was born in Zimbabwe kwaBulawayo in 1991, I did my primary and high school there.
“When I was 16 my parents got an opportunity to go and work for pharmacy in New Zealand. So that’s how I ended up moving to New Zealand and completed my high school there.Advertisement

“When I completed my high school, all I wanted to do was to come back home. So, luckily, I was hunting for school for me to study and I got an opportunity to go and study in Eastern Cape and that’s how I landed there.”
She made a home for herself in East London after enrolling for a diploma in financial information systems at Walter Sisulu University.
Berita ‘The conquering Spirit’