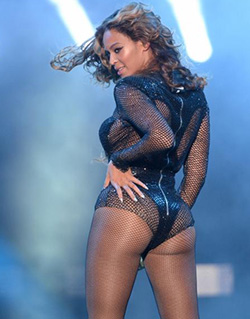 BEYONCE is the highest paid woman in music in 2014, with estimated earnings of $115 million, more than double what she pulled in last year, Forbes magazine said on Tuesday.
The huge sum, most of which was from her world tour, propelled Beyonce, 33, from fourth place last year and put her firmly ahead of pop star Taylor Swift, 24, with $64 million, who jumped up one spot from last year to No. 2.
Pop singer Pink, 35, climbed up from No. 8 in 2013 to third with $52 million.
“Beyonce played 95 shows during our scoring period, bringing in an average of $2.4 million per city,” said Forbes, citing data from the Pollstar trade magazine.
The R&B singer’s self-titled album released last December and endorsement deals pushed her earnings up further assuring her the top spot.
Barbados-born Rihanna, 26, with $48 million and Katy Perry, 30, who earned an estimated $40 million, rounded out the top five on the annual list.
Madonna, 56, ranked No. 1 last year, failed to make the top 10 in 2014. Lady Gaga, 28, slumped from No. 2 in 2013 to ninth place this year with estimated earnings of $33 million.
Forbes compiled the list after estimating pre-tax income calculated for the 12 months from June 2013 to 2014 based on record sales, concert tickets, touring information merchandise sales and interviews with concert promoters, lawyers and managers.
It also looked at data from the Pollstar, the RIAA (Recording Industry Association of America) and tracking firm Nielsen SoundScan.
Advertisement