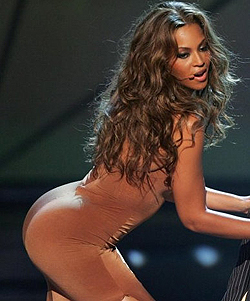 US pop singer Beyonce, basketball player LeBron James and record producer and rapper Dr. Dre headed Forbes’ list of the world’s most powerful celebrities released on Monday.
With estimated earnings of $115 million over the past 12 months and a string of chart hits, Beyonce, 32, nabbed the top spot on the annual list, pushing entertainment mogul Oprah, 60, from first place last year into fourth, while TV talk show host Ellen DeGeneres, 56, jumped from No. 10 in 2013 to No. 5.
The top 10 spots included five men and five women.
Forbes credited Beyonce’s massive concert tour for pushing her into the top spot ahead of her husband, rapper Jay Z, who ranked sixth, and singers Rihanna at No. 8 and Katy Perry at No. 9.
“The superstar played 95 shows, bringing in an average of $2.4 million,” said Forbes, referring to figures from Pollstar, which covered the concert industry.
Along with her latest hit album “Beyonce,” which was released late last year, she earned millions from endorsement deals and her clothing line, and last week she kicked off her first world tour with Jay Z.
Although Beyonce was not the highest earner on the list, her presence in the press and on social media assured her the top spot.
James, 29, who last week opted out of his NBA contract with the Miami Heat team, jumped from 16th place last year to No. 2. He earned an estimated $72 million thanks to his performance on the basketball court, endorsement deals and the sale of headphone maker Beats Electronics to iPhone-maker Apple Inc for $3 billion. James was a small part-owner of the business.
But the most impressive rise on the list was No. 3’s Dr. Dre, born as Andre Romelle Young. He earned $620 million in 2014, and climbed from the 63rd spot in 2013.
Forbes said the 49-year-old co-founder of Beats with music executive Jimmy Iovine, earned more money in the past 12 months than any other person in the history of its list.
Forbes compiled its 15th annual list by estimating pre-tax earnings from June 1, 2013 to 2014 from tours, books, contracts, endorsements, movies and residuals.
Fame and influence is gauged by how often celebrities appeared in the media and the impact they had on the entertainment industry and culture.
Forbes also used StarCount, which looks at 11 social media platforms including Facebook, Twitter and YouTube, to determine presence in social media.Advertisement

While Forbes said the list measured global influence, those on it were mostly American.
Music producer and “Happy” singer Pharrell Williams was a newcomer to this year’s list at No. 38, along with Grammy winner Bruno Mars at No. 13, actors Bradley Copper (48) and best actor Oscar-winner Matthew McConaughey who was 52.
Singer Madonna, retired football star David Beckham, actresses Kristin Stewart and Charlize Theron, property developer Donald Trump and actors Alec Baldwin, Tom Cruise and Adam Sandler were among the celebrities who dropped off the list this year.