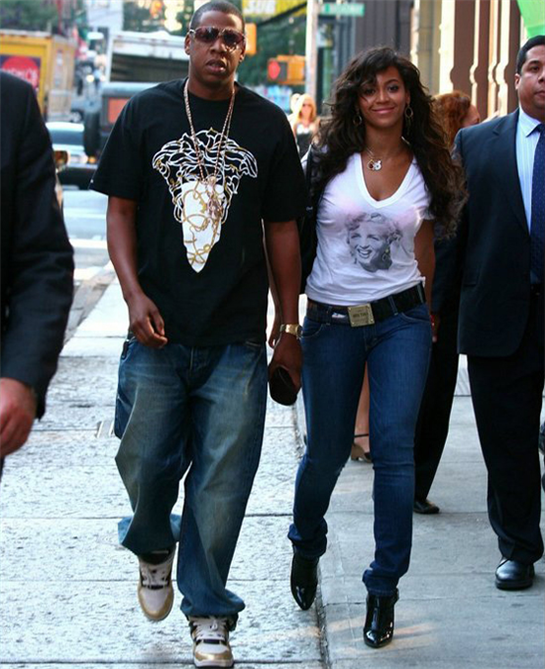 JAY Z and Beyoncé are again hit by reports that they are having marital issues.
According to a Hollywood Life report, the ultimate music power couple, who are currently on their joint On The Run world tour, are not on talking terms.
“They are barely speaking to each other. After they perform, they go off separately,” a source told the website.
“There’s a ton of tension, they’re not happy. It’s all for the cameras,” the source added.
Rumours that the two are having issues in their marriage started in May, when a video of Beyonce’s sister Solange Knowles physically attacking Jay Z emerged, after the Met Gala. Jay Z’s closeness with designer Rachel Roy allegedly provoked his sister-in-law, Solange, to fly into a rage.
“Solange was defending Beyoncé in the elevator because Solange finds Jay’s friendship with Rachel to be way too close for comfort and it makes Solange very uncomfortable,” another source told the website.
“Beyoncé also confronted Rachel and said, ‘Don’t talk to my sister like that,’ after [Rachel] confronted Solange,” the source said.
It was previously reported that the couple are taking help of a marriage counsellor to fix their relationship.
“They have known their therapist for a long time and try to have weekly sessions just to keep communication open and make sure there are no misunderstandings,” a source told the Daily Mirror.
“It’s about maintenance rather than trying to fix anything hugely wrong. They are both happy and their daughter, Blue Ivy, remains their absolute priority,” the insider added.Advertisement