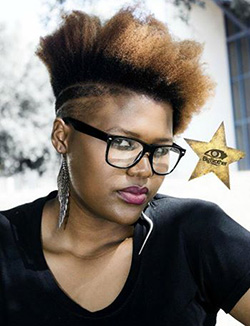 BY any account it was arguably the least talked about season of Big Brother and, if that is inaccurate, then perhaps the least positively reviewed by both the fans and the media.
Right across the continent, excitement over Big Brother Africa’s last edition, ironically named ‘Hotshots’, was largely viewed as a damp squib and just about as exciting to watch as seeing Shuvai Mahofa reading a directory for over two months.
And the eventual winner of the competition and the massive US$300,000 is…um…err…few people even bother to know or remember.
But after that great disappointment, the homecoming of Zimbabwean representatives to the event was anything but boring.
Butterphly and JJ were given a respectful welcome at Harare International Airport last week. MultiChoice Zimbabwe went on to host for them what was arguably the biggest after-finale party ever staged at Borrowdale’s Columbus Place last Friday, running into the early hours of Saturday.
“Opinions may differ with regards Big Brother and people will obviously have their own opinions about the show but we maintain we had a great season of Big Brother and, as usual, we had wanted to give our returning housemates a great welcome home present and party,” said communications boss for MultiChoice Zimbabwe Elizabeth Dziva.
And a hot shot party it definitely turned out to be.
Outside of the traditional ‘Michelin Star’ wannabe venues, the organizers went for a more intimate and warm venue which afforded the down to earth ex-housemates a chance to get real close and cosy with their fans. The result was an amazing evening which was anything but as dull as the thankfully now-ended season.
“We are happy that the party was a success and that the housemates managed to get time with their fans. At the end of the day it is always about celebration and that is what marked the evening,” said Dziva.
Housemate JJ said while he failed to come home with the prize money, he was glad to send a message to anyone trying to make it that they can achieve their dreams and objectives if he, an ordinary ex-Prince Edward boy, could become a phenomenon on inter-continental television.
Butterphly, enjoying the bright star, also got home to news of her having been nominated for hip-hop gospel DJ of the year at the hip-hop awards for her Power FM show which has catapulted her to stardom.Advertisement

The Big Brother Hotshots edition was one of the most expensive in history and also the shortest. Initially jinxed by an inferno at the original house where shooting was meant to take place, organizers frantically had to arrange a new venue while contestants were held in lock down before letting the cameras roll for little over 60 days and not the normal ninety-day period since letting it run for any longer would have clashed with the festive season and killed the ratings.
In spite of their efforts, it still read like a dud and didn’t inspire memorable magic from the viewers and contestants alike giving it the worst Big Brother tag. The housemates were also comatose in spite of their tag as potential hotshots forcing the organizers to throw in some yesteryear faces with energy to liven the morgue up. This strategy saw names like Nigerian former winner Uti, Vimbai Mutinhiri from Zimbabwe and Sulu getting a shot at the house to provoke life.
It helped the ratings a tad but couldn’t take the jinx of the overall season being gloomy.
But if the adage ‘all is well that ends well’ can be honoured, then the final Zimbo party was great icing on a not so great rock bun.