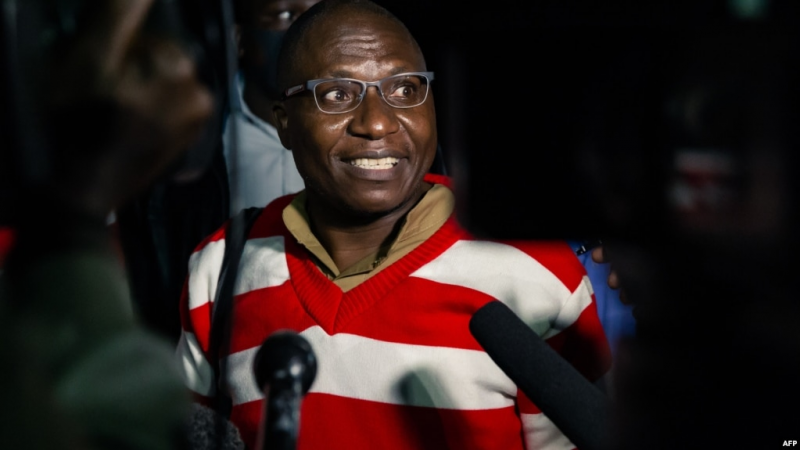 A ZIMBABWEAN magistrate has upheld an application for exception to charges of inciting people to commit violence filed by opposition leader Jacob Ngarivhume, who was arrested before the nationwide anti-corruption protests in July last year.

According to the Zimbabwe Lawyers for Human Rights (ZLHR), Harare magistrate Vongai Guwuriro also ordered the state to amend its charge sheet so that it clearly specifies the particularities which created the alleged offence.

Magistrate Guwuriro’s order came after Ngarivhume’s lawyer Moses Nkomo filed an application excepting to the charges stating that “they are infested with a dearth of particularity and do not inform the opposition political party leader of the exact nature and scope of the criminal allegations against him.”

Police arrested Ngarivhume on July and accused him of inciting Zimbabweans to revolt against President Emmerson Mnangagwa’s government through unconstitutional means.

In his application, Nkomo argued that the main count of incitement to commit public violence as defined in Section 187 (1) (a) as read with section 36 (1)(a) of the Criminal Law Codification and Reform Act, wherein it is alleged that between May 2020 to July 2020, Ngarivhume communicated some messages to the general public on Twitter intending to persuade or induce members of the public to disturb the peace, security or order of the public, “is a legal nullity which offends against the provisions of Section 146(1) of the Criminal Procedure and Evidence Act.”

The provisions require that “each count of the indictment, summons or charge shall set forth the offence with which the accused is charged in such manner and with such particulars as to the alleged time and place of committing the offence … as maybe reasonably sufficient to inform the accused of the nature of that charge.”

Nkomo argued that the state is on a fishing expedition as the charges do not cover the essential elements which requires an element of force, which is absent in the charge and that Ngarivhume did not advocate for the forcible or violent removal of the government, and neither did he advocate for violent protests.

He contended that Ngarivhume is a politician whose mandate is to challenge the misdeeds of government and that it was in the exercise of his constitutionally guaranteed rights to call for peaceful demonstrations against corruption and looting of national resources.

He argued that by calling for the anti-looting demonstration, Ngarivhume was constitutionally entitled to do so as freedom to petition and demonstrate is protected by Section 59 of the Constitution and that the criminalisation of his exercise of his political rights infringes on his constitutional rights.

Nkomo said prosecuting Ngarivhume is an egregious abuse of the criminal justice system as amplifying the fight against corruption in a democratic society should not be criminalised and that his call was for a genuine and concerted fight against the scourge of corruption, a call which has been persistently made by the government.

Ngarivhume, who spent several weeks in remand prison before he was granted bail, returns to court on December 14.