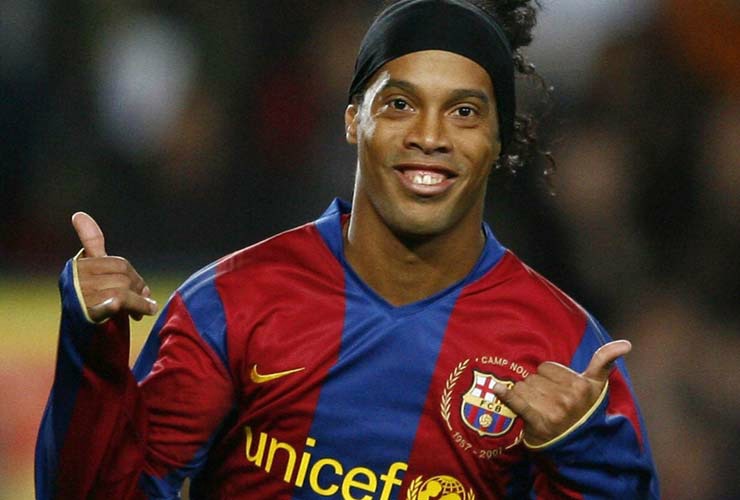 Former Brazil’s football superstar Ronaldinho denied reports that he is about to marry two women at the same time. Speaking to SporTV in an interview, the former Barcelona legend said, “The whole world is calling me. I’m not going to get married, it is the biggest lie.” Earlier, a report in Brazil’s O Dia newspaper said that the former footballer will tie the knot in August with fiancées Priscilla Coelho and Beatriz Souza. The report had further added that the marriage will take place at a private ceremony in Rio.

Ronaldinho began dating Beatriz Souza in 2016 but he is reported to have continued his relationship with Priscilla, whom he had proposed several years earlier. As per the news reports in Brazil, the footballer has been living with both the women since December in his mansion in Rio de Janeiro. The reports further add that he has offered an allowance of £1,500 as pocket money to both Priscilla and Beatriz.

One of the greatest midfielders of his era, Ronaldinho has bagged two FIFA World Player of the Year and a Ballon d’Or titles. The footballer has represented his nation in 97 matches, including two FIFA World Cups, in which he scored 33 goals. He was also a part of the 2002 World Cup-winning Brazil team. Ronaldinho kicked off his footballing career with Brazilian football club Gremio in 1998 where he stayed till 2001, before moving to Paris.

After staying in Paris for a short term of two years the midfielder was signed by Catalan giants, Barcelona, where he gained worldwide respect. The Brazilian played for Barcelona from 2003 to 2008 and scored 70 goals in his 145 appearances.