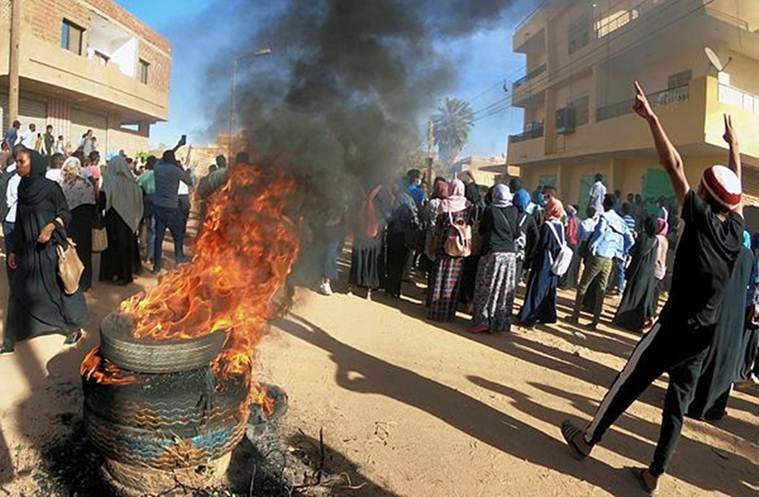 Security forces have clashed with demonstrators in Sudan’s capital, Khartoum, as anti-government protests take place across the country.

Riot police have used tear gas to try to break up the large rallies.

The umbrella group of doctors, engineers and teachers co-ordinating the protests says they have been held in at least 50 places around Sudan.

They began last month over the economy, but are now focused on removing President Omar al-Bashir from office.
Journalist Zeinab Mohammed Salih told the BBC that Thursday was the biggest day of protests in living memory.

Since the protests began, officials say that 26 people have so far died, but rights groups say more than 40 have been killed.

Doctors have increasingly been targeted by security forces because of their high social standing as well as the active role some have taken in organising the protests.

Last week, state forces shot a 16-year-old boy and a doctor taking part in protests in the Burri district of the capital.

The doctor who died, Dr Babiker Abdulhemeed, had “over 14 live bullets in his body”, a member of the Sudan Doctors Syndicate told the BBC.

Some foreign journalists have been prevented from reporting events in the country.

In recent days, a number of journalists working for Al Jazeera, Turkey’s Anadolu news agency and Saudi-based Al Arabiya TV have had been refused accreditation.