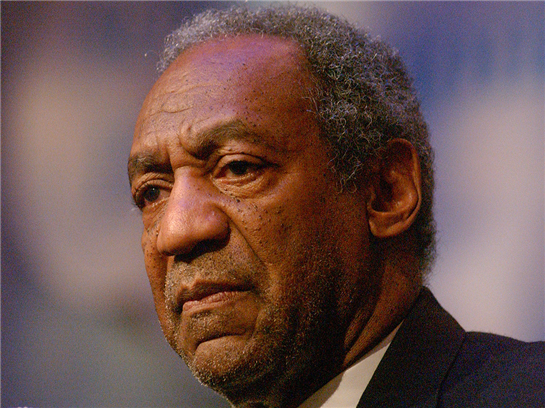 DISGRACED TV icon Bill Cosby, who allegedly used his celebrity over the years to sexually assault more than 50 women, has filed a defamation suit against seven of his accusers, his attorney said.
The famed comedian, 78, once among America’s biggest television stars, filed suit in a court in Springfield, Massachusetts, his attorney Monique Pressley said in a statement.
Cosby’s suit, accusing the women of defamation and “intentional infliction of emotional distress,” staunchly rejects the sex assault allegations that have derailed his career and sullied his once sterling reputation.
“Mr. Cosby states plainly that he neither drugged nor sexually assaulted the defendants, and that each defendant has maliciously and knowingly published multiple false statements and accusations” against him, the statement said.
The allegations of rape and sex assault were part of “an effort to cause damage to Mr. Cosby’s reputation and to extract financial gains” from him, the attorney charged.
Pressley added that the allegations have caused “significant and lasting discredit” to the actor’s reputation.
The suit does not seek specific damages, but asks that the court impose the maximum monetary sanctions allowed by law.
The seven women named in the suit were Tamara Green, Therese Serignese, Linda Traitz, Louisa Moritz, Barbara Bowman, Joan Tarshis and Angela Leslie, Pressley said.
Meanwhile, Boston University on Monday became the latest of several universities to revoke an honorary degree awarded to the actor as a result of the scandal.
Cosby has been a star standup comedian and celebrity television pitchman for decades, but attained his greatest fame for his role as the lovable family doctor and pater familias in the hit 1980s sitcom “The Cosby Show.”Advertisement