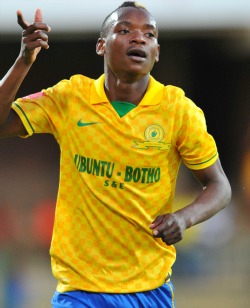 THE Warriors started trooping into camp on Sunday night ahead of the international friendly against the Cranes of Uganda in Harare on Tuesday.
The two teams are using the match as part of preparations for the weekend 2017 African Cup of Nations qualifiers with Uganda taking on Botswana in Group D while the Warriors host the Flames of Malawi in Group L.
Warriors team manager, Shariff Mussa, said most of the foreign based Warriors were expected in camp on Monday ahead of Tuesday friendly with the Cranes of Uganda while the home based players were expected to have joined in on Sunday night.
With some of the foreign based players like forwards Nyasha Mushekwi and Khama Billiat having club commitments until Monday night, Warriors coach Kalisto Pasuwa could excuse the duo for the international friendly as he tries to manage especially Billiat who has had a hectic season in South Africa ahead of the must win 2017 African Cup of Nations qualifier against the Flames of Malawi on Sunday.
Mushekwi, who plays for China’s division one side Dalian Yifang, was expected to start for his team Sunday away to Xinjiang Tianshan in a battle for promotion to the top division next season.
Dalian Yifang are in fourth position in the second tier league with 19 points-two adrift of leaders, Qingdao Huanghai.
Billiat has had a stellar season for his South African Premiership side Mamelodi Sundowns and has been nominated for top awards.
He has also been heavily involved in the Champions League which could have drained a lot of energy from him and Warriors coach Kalisto Pasuwa hinted, last week, he would try to manage his star player as he prepares for the big tie against Malawi.
“The last time we called him up he had to come in from the bench and people were complaining but we knew he had a huge workload. This time we will also see how we go about it,” Pasuwa said.
The Zimbabwean international was expected to scoop big awards when the ABSA Premiership held their awards ceremony Sunday after he was nominated for the Footballer of the Year, Player’s Player of the Year as well as Midfielder of the Year awards.
Billiat has already won the Kick Off Footballer of the Year award following a poll by the South African football magazine’s readers.
He also finished as Mamelodi Sundowns’ top goal scorer with 12 goals-just two goals behind the league’s Golden Boot winner Collins Mbesuma of Zambia.Advertisement

Zimbabwe can qualify for the nations cup finals for the first time since 2006 if they beat Malawi and Guinea fails to beat Swaziland. They can also qualify as Group L winners if they beat Malawi at home and force a draw in Conakry in their last match on September 3.
The Warriors also stand a chance of qualifying as the best runners up.