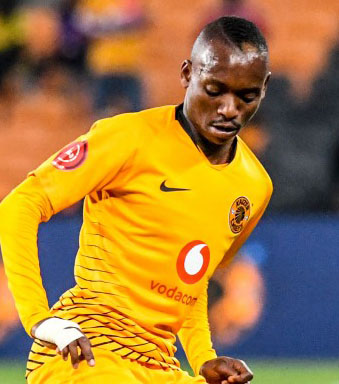 The 30-year-old Zimbabwe international’s future was up in the air after his contract expired on June 30 although Kaizer Chiefs had an option to extend it by another season.

After enduring a forgettable season at Chiefs due to injury problems, Billiat will now be hoping for a better season following Chiefs’ show of faith in his ability by handing him a new contract.

“Chiefs have also extended Khama Billiat’s contract. He will be with Amakhosi for two more seasons after signing for two years. The Zimbabwean attacking midfielder arrived at Chiefs in 2018 ahead of the 2018/19 season,” said Chiefs in a statement.

Billiat is one of the five senior players who have been given new deals by Amakhosi. The others are Itumeleng Khune, Lebogang Manyama, Bernard Parker and Ramahlwe Mphahlele.

Another Zimbabwean, Willard Katsande has not been given a new contract, which confirms recent reports that he is on his way out of Chiefs.

The 35-year-old former Warriors captain who has been at Chiefs since 2001 has been linked with a move to Durban club Amazulu.

Meanwhile, Kaizer Chiefs, who recently had their two-year FIFA transfer ban, have been on a massive recruitment exercise as they seek to end their six year trophy drought.

The 28-year-old South African international’s arrival at Chiefs completes a famous, old combination with Khama Billiat and Leonardo Castro which plundered goals for Mamelodi Sundowns in 2016 when they won the CAF Champions League.