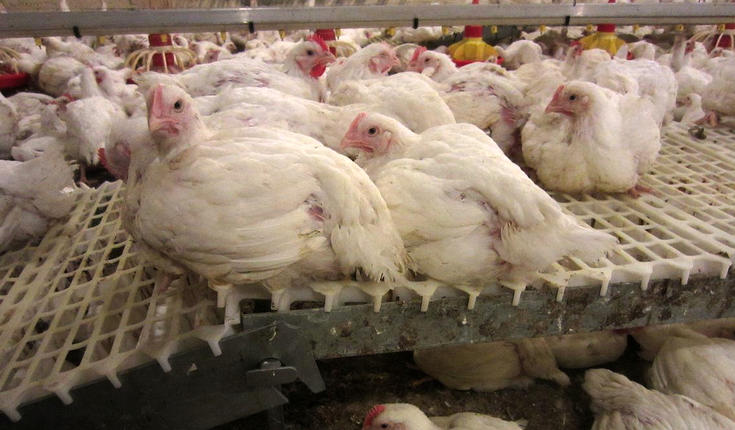 A Bindura chicken farmer Tobias Kavhayi, is counting his losses after thieves conned him of 1000 broiler chickens.

The three thieves driving a white Noah vehicle tricked the chicken farmer into parting with his birds after masquerading as genuine buyers.

“They came and told me that they operate a fast food outlet in Harare and wanted 1000 broilers at once,” said Kavhayi.

“I gave them that my prices at RTGS$15 each per bird but they wanted to buy for RTGS$12 each given they were buying in bulk. We eventually agreed on the RTGS$14 per chicken of which half the money was to be paid through mobile money transfer and the other half in cash.”

Kavhayi said an arrangement was made to have the men get into town with his son to collect the payment.

“They called someone who they claimed was their boss and instructed that I come and get cash in town.

“I asked my son to accompany them to get the money from their boss since I wanted to feed the remaining chickens,” the distraught farmer said.

The farmer said it then occurred to him that the car the men had been driving did not have registration plates when the son returned and told him they had been duped after the men disappeared a few lanes from his home.

Kavhayi later went to report the issue to the police but nothing has come of it.

“Police came and inspected the place before they left. Since then I haven’t heard anything from them and the last time I called I was told that investigations are still going on,” he told New Zimbabwe.com.

Kavhayi is ready to soldier on despite the set-back arguing it has been his source of livelihood for the past decade.