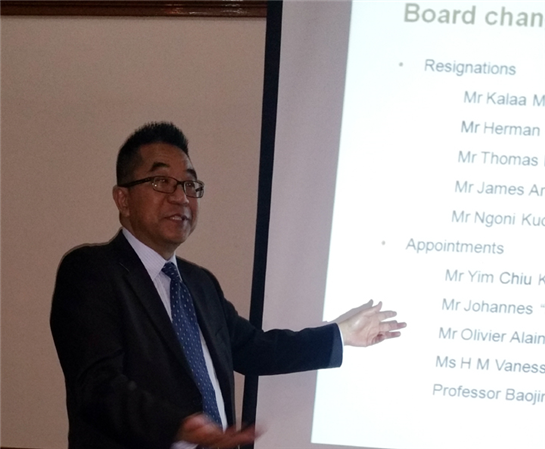 BINDURA Nickel Corporation (BNC) slipped to a $3,4 million loss after tax in the six months to September from a $8,5 million profit position in the comparative prior year on reduced production and weak commodity prices.
Presenting company results on Monday, Board chair Yim Kwan said production at the company’s Trojan Mine had plunged 28 percent during the half due to a planned shutdown in July to facilitate upgrade of a power supply system at the mine.
The average realized price for Nickel in concentrate for the period was $ 7,654 compared to $11,809 last year while volumes sold were 29 percent down at 2,762 tonnes. Revenue dropped 56 percent at $20,6 million.
The company incurred an operating loss of $4 million compared to a profit of $12,5 million in the prior period.
“In response to the declining Nickel prices, the mining plan of Trojan Mine has been revised. The revised plan entails reducing the original tonnage by about 50 percent while maximizing higher grade massive and minimizing lower grade disseminated ore,” said Kwan.
The mine milled 231,000 tonnes down from 310,000 tonnes in the previous year.  Head grade was 1.4 percent compared to 1.5 percent in the same period last year.
Managing director Batirai Manhando said as a part of a raft of cost containment measures the company would retrench over 300 workers at a cost of up to $1,8 million.
“The company will remain with a leaner and more effective labour structure when it completes the ongoing rationalization and retrenchment process in the second half of the year ending March 2016,” he said.
Manhando said in the full year the company expected to break even though production would be around the 7,000 tonnes attained last year.
He added that the company had managed to significantly lower the cost of production to $5,000 per tonne which would cushion them against negative prices.Advertisement