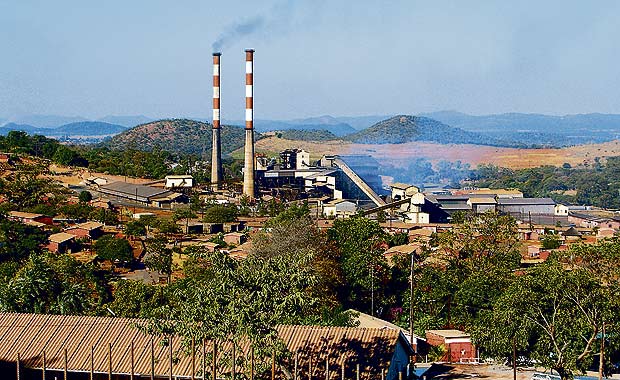 BINDURA Nickel Corporation (BNC) last week revealed that production has resumed profitably with nickel sales of 7,129 tonnes recorded for the year.
Mwana Africa, the mine’s parent company, said the significant cash-flow improvement that stemmed from higher nickel prices was complemented by solid production outcomes following the shift to mining the ore body’s higher-grade massives.
Nickel prices have improved in response to Indonesia’s decision to restrict exports of nickel ore.
Mwana Africa chief executive Kalaa Mpinga said: “While I am certain that the price will be volatile in the near term, we are expecting it to have strengthened by 2017.
“At the start of the past financial year we were contemplating having to ask shareholders for additional funding, but we took an early decision to change direction.
“The improved cash flow from BNC enabled us to reverse US$28 million dollars of the previous year’s US$43.7 million BNC assets impairment.
“Operationally, we undertook a fundamental restructuring to cut corporate costs.”
Since the financial year’s end, the group has embarked on the project to restart BNC’s smelter (subject to securing funding) with the aim of starting production of nickel alloy in the first quarter of calendar 2015.
“Not only will this take the company up the value chain as better prices will more than offset the smelter’s operating costs, but we will have the benefit of the significantly lower cost of transporting nickel metal rather than concentrate to our export harbour,” said Mpinga.
Trojan mine is making continued progress towards steady-state processing of 195,000t per quarter and the increase in tonnes milled indicates more consistent, efficient operation of the mills.
Mpinga said:  “Despite some temporary setbacks at the beginning of the year, Mwana has made substantial progress in the past financial year – progress that has continued since the year’s end – and that has resulted in a significant strengthening of the Company’s financial structure.”Advertisement