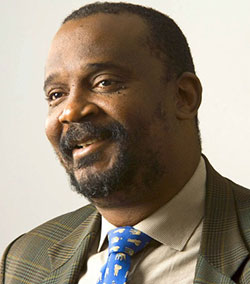 KALAA Mpinga, CEO of mining group Mwana Africa, has said the $26m reopening of the company’s Bindura base metals smelter in Zimbabwe could be used to treat platinum group metal (PGM) concentrate.
The smelter is primarily intended to treat material from the Trojan nickel mine held in subsidiary company, Bindura Nickel Company.
However, the smelter could help fulfil the Zimbabwean government’s ambition to have PGM smelted and refined in the country.
“The furnace we have is similar to platinum-belt furnaces in SA. We do have capacity to smelter PGMs if we had a long-term contract,” he said.
Smelting PGM concentrate was “an option”, he added.
The government has been applying pressure to Impala Platinum, Anglo American Platinum and Aquarius Platinum that they no longer export concentrate from the country to South Africa, producing the metal in Zimbabwe instead.
President Robert Mugabe has been threatening a number of punitive measures aimed at disincentivising exports, but there have been concerns among the platinum producers that the capital required to build a smelter cannot be supported by local production.
This is where Mwana Africa fits in. Mwana Africa recently posted a $100m turnaround in bottom line fortunes to a $50m full-year profit.
However, Mpinga acknowledged business conditions in Zimbabwe were currently difficult.
“The single biggest challenge to operating in Zimbabwe is liquidity,” he said.
“The pool of money is very limited. And when you do raise money it is always very expensive,” he said alluding to interest rates of 15% plus.
The problem is the political risk attached to operating in Zimbabwe where regulations seem to change at the will of government officials – a risk that Mpinga said had been completely overblown.
“When you go to a pub for a drink, there is always lots of noise. But the noise, doesn’t stop you from having that drink,” he said of the fact that Mwana has been operating in Zimbabwe for more than a decade.Advertisement