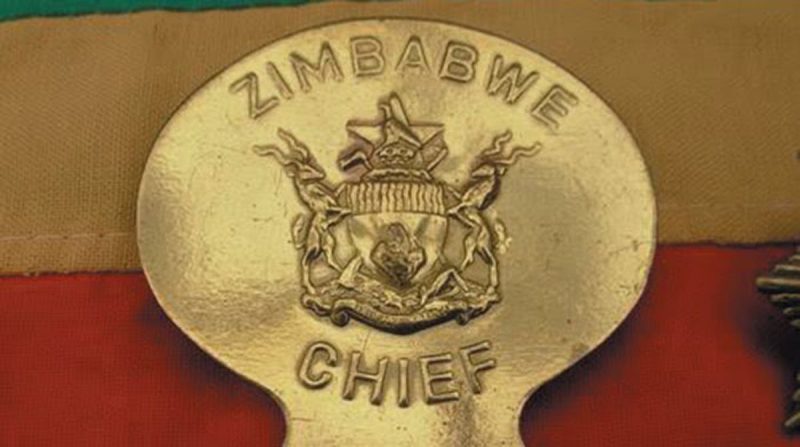 BINGA Chief Sikalenge (pictured below), who died March 25 aged 69, was laid to rest at his homestead on Monday amid calls for the community to emulate his legacy work.

His death comes barely six months after the death of another long serving Binga Chief Sinamagonde due to old age.

He was one the traditional leaders that pushed for establishment of Bulawayo Kraal Irrigation Scheme in a neighbouring chiefdom which is also without a chief following death of Chief Binga last year.

Local Government minister July Moyo, who was represented by his deputy Marian Chombo at the burial, praised Chief Sikalenge for shunning corruption as he worked tirelessly for government with no record of abusing office for personal gain.

“He shunned corruption and traditional malpractices and strived to provide for his family and mostly to assist the vulnerable among his folk.

“He actually led by example. He was a visionary leader who sought to bring people together under his stewardship and government appreciates his selfless leadership and his commitment to impartial and fair traditional leadership,” said Moyo.

He said Chief Sikalenge will be remembered as a hero after taking on board the needs and ambitions of the Binga community which he demonstrated through promoting the development agenda and sound local governance in his area.

Moyo said the late chief was instrumental in the construction of several schools and clinics, including Binga District Hospital and Siabuzuba Clinic.

“He was a gallant and fearless custodian and protector of traditional heritage and his death leaves a vacuum which will be hard to fill. He hosted a number of cultural events such as Chilimba Cultural Dance with the aim of preserving the Tonga culture.

“It is unfortunate that he died without fulfilling some of his dear aspirations such as the Bulawayo Kraal Irrigation Scheme.

“He was development oriented and desired to bring his community together in the spirit of progress and prosperity.

“To the Sikalenge people and his family in particular, this is not a loss to you alone. As government, we share and feel for you at this dark hour of bereavement.

“I am aware that a leader and father of this calibre will not be easy to replace and I therefore appeal to you to let us work hard to safeguard the good milestones that he has achieved during his time and strive to bring to fruition those of his unrealised dreams,” said Moyo.

Chief Sikalenge had been unwell for some time.

He was born on 23 September 1952 and leant at Manjolo Secondary School in Binga before getting a job at Turnal Asbestos in Bulawayo.

He left employment to take the chieftaincy and was appointed in 1984.

He became a member of the National Council of Chiefs for three consecutive terms between 1991 and 2005 and also between 2013 and 2017.