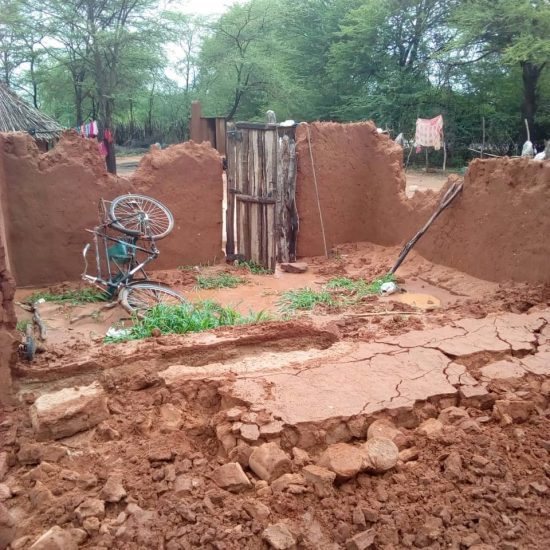 AT LEAST 181 homes were badly damaged with 37 of them completely destroyed, according to preliminary reports from various organisations that visited Binga to assess the extent of damage caused by floods that hit the area last week.

Various organisations including tourism players are assisting the flood victims with food and non-food items.

The most affected is Chief Sinakoma’s area while other affected villagers from other parts of Binga have reportedly returned to their homes after rains stopped.

Deputy Minister Social Welfare Lovemore Matuke is expected to visit the area on Monday to distribute some of the donated items while Matabeleland North Minister of State Richard Moyo was there Thursday where he also distributed food stuff.

Binga was hit by floods following heavy rains that started Saturday night and ended Monday, leaving hundreds of villagers perched on trees for close to 24 hours after they were marooned between rivers.

One elderly person died, according to the Civil Protection Unit (CPU) with Nsungwaala, Chinginga and Nsenga, which are low lying areas, being the worst affected where bridges and roads were destroyed.

On Saturday, tour operators, hotels and individual players in the tourism sector sent two truckloads of an assortment of food and non-food items mobilised from Victoria Falls, Hwange and Bulawayo.

The donations were made through the Hospitality Association of Zimbabwe (HAZ) and Jafuta Foundation among other organisations.

“We have had floods in our region and we felt we should come in and help. It’s one of the defining times to come together and give a hand, hence we plead for more help from other stakeholders,” he said.

Some of the items were handed over to Chief Siansali from Binga.

Chief Siansali who is also senator said the floods had left victims in a dire situation.

He said most of the affected villagers lost household property, clothes, food, livestock, crops and other belongings while roads were left with gullies and bridges destroyed.

Last month, flash floods also hit neighbouring Hwange district in the coal mining town where close to 100 families were evacuated and are still housed at a guest lodge.

Hwange Colliery Company has promised to secure alternative houses for the Hwange victims after residents complained that the floods were caused by poor drainage in the low lying Lwendulu suburb.