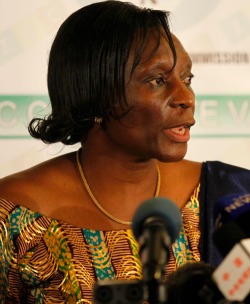 THERE have been a number of publications in the local media, quoting comments from various ‘experts’, and citing developments elsewhere, using these to cast aspersions on the use of biometrics in the upcoming Zimbabwe elections. Examples of these publications are “Red Flag over Biometric Registration” (The Herald, 11 March 20017), “France’s Cancellation of e-voting: Eye-opener for Zim” (The Herald 9 March 2017), “BVR, A Luxury We Cannot Afford” (The Herald, 13 March 2017 – Editorial Comment) and most recently “More Thumbs Down for Biometric Voting” (The Herald, 15 March 2017).
This effort has been systematic and sustained, culminating into a Newsday publication (16 March 2017) screaming “2018 Polls Hang in Balance”. All this comes after the tender process has commenced and a shortlist of companies compiled – maybe just a coincidence. This however, is the political side of the process which the author will leave to political analysts.
What these publications revealed was a clear lack of understanding of the BVR process. This lack of understanding and “mis-information” is being used to discredit the process culminating in the set-up of an agenda giving cues to the abandonment of the biometrics project.
This article is intended to correct some of this mis-information and mis-interpretation of developments elsewhere. It also aims to clarify the proposed Biometric Voter Registration and Verification process (BVR) which Zimbabwe Electoral Commission (ZEC) is proposing, and has been successfully used in other countries.
The common theme in these publications has been the misconception that ZEC is going to implement ‘biometric voting or electronic voting’. This then set the basis for the claim that the system would be susceptible to ‘cyber-attacks’ and ‘hacking’ which would derail the voting process and dis-enfranchise voters, citing France’s abandonment of electronic voting as an example.
ZEC is not proposing to implement ‘biometric or electronic voting’; it is proposing a model of BVR which is very different from electronic voting (even though it can be used as a launch pad for electronic voting). Additionally, the process being proposed is not more vulnerable to cyber-attacks or hacking than any other electronic voter’s register or database. This will be further explained in this article.
The call for the employment of technology in Zimbabwe for both voter registration and facilitation of the electoral process is not new. The issue has been raised in parliament several times (Tongai Matutu, 2010, Pishai Muchauraya and Nelson Chamisa, 2012 for example). The author of this article also advocated for biometrics to be used in a 2012 publication and in a number of follow-up articles thereafter.Advertisement

Dr Samuel Chindaro is an Electronics Engineer, biometrics expert and researcher, trained at NUST in Zimbabwe, the University of Birmingham and the University of Kent in the UK. At Kent, he was the leader of a specialist research group on biometrics technology. He can be contacted at S.Chindaro@gmail.com